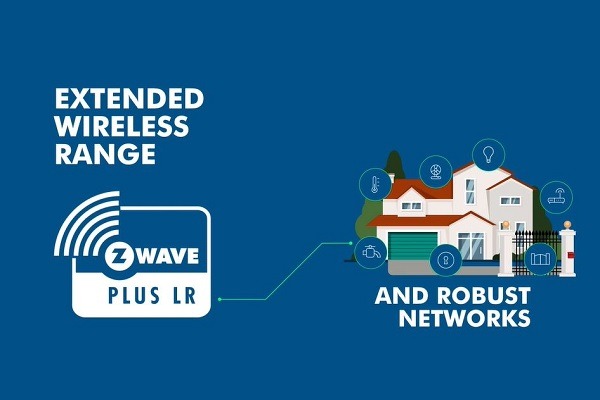 The Z-Wave Alliance has announced the Z-Wave Long Range (Z-Wave LR) specification for product development. It enables the connectivity to a number of new IoT applications beyond the home without the need for repeaters, ensuring an easy install and low cost.

With a network size of 4,000 nodes, Z-Wave LR provides the scalability needed in MDU and hospitality deployments.

Additionally, the Z-Wave LR reduces ongoing maintenance costs with up to ten years of life on a coin cell battery.

The Z-Wave LR specification supports distances of up to several kilometres with a maximum output power of 30dBm. This represents a 20-times increase over Z-Wave mesh node support while co-existing on the same network as Z-Wave mesh.

Z-Wave LR is backwards compatible and maintains interoperability with all Z-Wave certified devices.

The first implementation of Z-Wave LR, by Alliance member Silicon Labs, has already achieved a direct line of sight transmission range of 1.6km making use of +14dBm output power. With a foreseeable transmission range of several kilometres, the Z-Wave LR specification significantly expands the possibilities of system scalability beyond the confines of a single residential property.

“These significant enhancements position the Alliance to solidify Z-Wave as the de facto standard for IoT solutions where sub-GHz is mission-critical to device performance.”

Z-Wave Alliance executive director Mitch Klein says that the company has transformed wireless technology for smart home and security devices: “As IoT technology has expanded beyond the walls of the home and to the sidewalk, to commercial buildings, smart cities, and beyond, we decided to support these evolving industry needs.