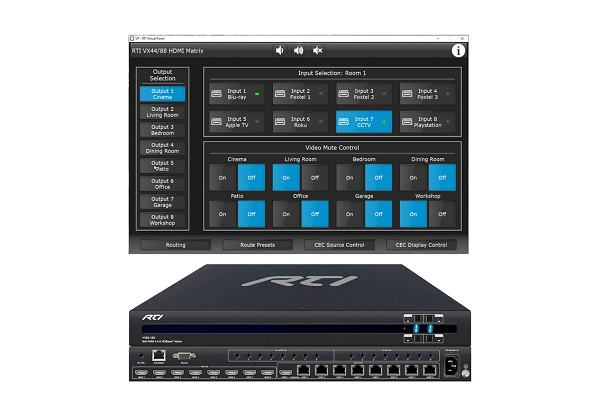 The VX44-18G-Kit and VX88-18G matrices feature four and eight HDMI inputs respectively that can be independently routed to four and eight HDBaseT outputs. In addition, each unit offers a simultaneous HDBaseT/HDMI output. The devices provide video down-conversion for lower-resolution displays, while a web browser interface module offers simple configuration.

The matrices can be paired with the VXR70-18G receiver which features HDMI reclocking to resolve HDMI HDCP, compatibility, and handshaking issues, and supports IR pass-through to compatible HDBaseT devices. To simplify installations, the receiver is powered by the matrices via power over cable (PoC), eliminating the need for additional power supplies.