Gaming: An open world for integrators 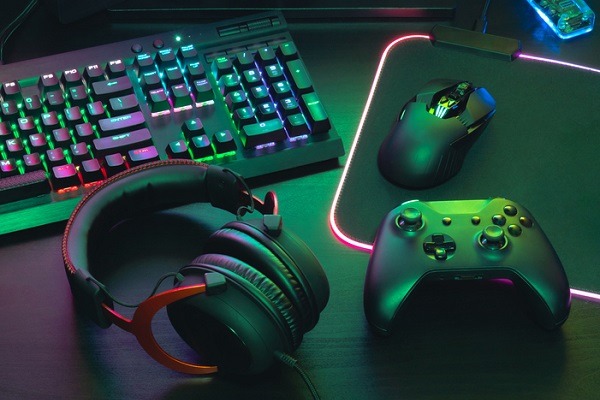 As the gaming side of the integrator market grows, it becomes more of a focus. Sean Carroll finds out what opportunities there are for creating ideal gaming environments and rooms.

In its final quarterly report for 2019, Netflix mentioned that it’s more worried about video games taking eyeballs off its streaming service than other streaming services: “We compete (and lose to) Fortnite more than HBO.”

The eSports market is on track to surpass $1.5 billion by 2023 according to the eSports Ecosystem Report 2020 by Business Insider and streaming services like Twitch and YouTube are giving professional gamers platforms to both grow their brand as well as get sponsorship revenue.

It isn’t supposed to stop there and the Asia Pacific region will account for 57% of the entire eSports audience revenue
according to games market analyst Newzoo.

Optus director of smart home & connected spaces Ben Green is a smart home expert and avid gamer himself. He sees the opportunities for industry professionals to deliver a premium gaming room for customers: “The uptake of gaming is impacting most
Australian homes,” he says.

“It forms part of the broader connected home. Understanding all the variables that affect a gamer is critical in designing an integrated gaming room or mixed-use theatre room.”

We’re in a bit of a ‘perfect storm’ of sorts for gaming worldwide with eSports, streaming platforms, free-to-play games and micro-transactions all contributing to the market today.

Melbourne also saw the opening of Fortress Melbourne in mid-March 2020, the Southern Hemisphere’s first-of-its-kind video game and eSport entertainment venue with a 200-seat arena, 160 dedicated gaming PCs, console gaming suites, streamer pods with a restaurant and two bars as the cherry on top.

Some of these streamers are getting a rock star treatment with Fortnite streamer Richard Tyler Blevins or better known for his online alias ‘Ninja’ publishing two books and appearing in the feature-length film Free Guy as himself since playing the battle royale.

Video games are here to stay. Whether it’s as a professional or casual gamer, there are opportunities for integrators to create dedicated gaming PC rooms or more casual console gaming set-ups.

“Integrators need to start off by working out what the customer is trying to achieve: do they want a theatre room
that doubles as a console/gaming room? Do they want a PC set-up with RGB lights and multiple monitors?” Ben asks.

It’s important that integrators go through elements of a gaming setup and understand the many different pathways
that can be taken:

Ah yes, that overused cliché. Oh well, it still works and the size of screens will be an important factor for many moons to come (oh look, another cliché).

One of the biggest differences between console and PC gaming is the difference in screen size: PC gamers will typically go with a 27” to 34” 2K resolution screen. This is simply due to the proximity of the user to the screen, there’s no use for a huge screen if the user is going to be sitting less than a metre away.

PC gamers will likely want multiple monitors as they can have the ability to stream on one screen, say Twitch for
example, and use the other for online chat rooms or discussions like Discord or Skype. Discord is a free voice or text chat medium designed for gamers; it has 56 million monthly users.

With console gaming, the screens can get as big as you heart desires. Because of this, consoles can be one of the biggest opportunities for integrators as console-based rooms share a lot of similarities with theatre rooms, something integrators have been working on for a long time.

Content from a console can be played through a projector, a traditional screen or pretty much anything you can plug a HDMI cable into.

It’s getting hot in here

There are three types of cooling to consider: cooling inside the various components within the hardware, cooling of the cabinet that holds a PC or console and then the climate within the room.

“All three are very important depending on location and most set-ups require a balance between the three,” Ben says.

There are multiple options for PC cooling including liquid cooling and fans among others. A lot of these can be controlled through the PC operating system and are chosen when purchasing or building the PC.

“Cabinet cooling is very similar to rack cooling and there are various products you can buy from various suppliers,” Ben outlines.

“For this, something like 120mm fans are usually 12V triggered, so they’ll go into a 12V output from an amplifier so when a trigger switches it can turn the fans on and off.

“Some automation controllers that have 12V triggers on them could be set up with temperature sensors and an integrator can come up with a conditional logic statement. For example, if the cabinet reaches 50°C, a 12V trigger turns on and on goes the fan.

“Despite all this, even if you have liquid or some sort of cooling it’s still going to be punching out hot air into the room. Even in winter, the room can get to uncomfortable levels. That’s where HVAC comes in.

“Climate systems, like a split AC, can be integrated into home automation systems using third-party devices, such
as Sensibo and Airtopia for example.”

“Response time is everything,” Ben says.’

“The more frames per second (FPS) or refresh rate, the smoother the experience and most importantly, the quicker
enemies and/or important objects appear on the screen.”

In the console world, the current refresh rate is limited to 30Hz or 60Hz. This number leaps up with PCs to around
165Hz as we can witness a beautiful and delicate marriage between a strong graphics processing unit (GPU) and a
gorgeous monitor displays.

Ben speaks on ping, one of the most important numbers in terms of real-time online gaming. A player’s ping is essentially the speed an information packet can be sent from their system to the server and back. This isn’t needed
if the customer only wants to play offline games as they can be played through content downloaded onto the system.

The ideal ping number is less than 30ms, “anything above that becomes a real challenge because, ultimately, you see things on your screen different to what everybody else is and you end up lagging,” Ben explains.

“For online shooters or mass multiplayer online (MMO) games, it’s critical and could be the difference between a win and a loss.”

For integrators to counter this, it’s best to use wired network cables and prioritise the gaming systems where possible.

Doing this means that even if other people are using the internet to stream video, for example, the connection won’t
be disrupted.

In the popular Call of Duty series of first person shooters, there was an obtainable ability (named perk in-game) called ‘ninja’ where your players’ footsteps, mantling and climbing volume was turned down considerably.

While it might not seem like that much of an issue in a game with guns, grenades and explosions to have footsteps, but for gamers with high-enough quality speakers or headphones, it can be one of those one percent situations where
it’s needed and could potentially be the difference between winning and losing.

In order to hear the footsteps in the first place, the audio quality through headphones or speakers needs to be good enough to pick up even the smallest of details.

“eSports set-ups will prioritise high-quality headphones which is personal preference for the user. For console settings, integrators can demonstrate the impact of surround sound solutions, or sound bars which enhance the experience.”

The modern computer and RGB lights

Most PC gaming peripherals, such as keyboards, mice and controllers are Distributed LED RGB controllable and
colourful lights shine out of every crevice and device. A key untapped integration for gamers is smart and controllable LED lighting from strip lighting to bulbs and downlights.

“Integrators should focus on this when designing a gaming or multifunctional theatre room.”

At the moment, it’s a bit of a mix-and-match of different technologies which are all converging. All the components
of PCs that are RGB controllable can be controlled in the OS so users can synchronise red, green, blue or whatever
colour is desired.

“Converging that with the outside world, or outside category into a larger home automation ecosystem becomes a little trickier,” Ben says.

“Effectively what manufacturers are doing is creating API integration with some of these smart bulb and lighting companies. By doing this, users can control the lighting beyond just a keyboard and a mouse, to include the whole gaming environment.

“I’m aware that certain smart home lighting brands are in discussions with various PC component manufactures to
enable this lighting control. I don’t want to name names; however it’s just a matter of time for this integration to become standard.

“You will be able to turn on your PC, play a racing game for example and have a conditional statement that changes the entire room blue for example.”

As more manufacturers integrate with control systems like Control4, RTI or Savant for example, the possibilities for a PC room expand.

It does more than just play Halo?

Consoles have made considerable growth in the space of AV streaming with popular platforms like Netflix, Spotify, Plex, Stan and free-to-air TV channels joining the console interface, it’s considerably limited in terms of control.

“It’s like the old saying: ‘jack of all trades, master of none’,” Ben outlines.

Most specific media centres will outperform consoles in terms of media and AV output.

These consoles are competing in a market for gamers first and foremost, that’s the most likely reason for purchase.

“It also becomes a bit clunky when it comes to integrators wanting to integrate automation because you can’t often turn the device on very easily, outside of a managed power point or the consoles releasing APIs for this type of integration.

“Yes, a console can manage both gaming and media streaming, however it’s a closed eco-system with limited customisation,”

“You’re really going to struggle with a console being integrated to turn on, to have multiple selections, to have a second screen scenario where you can view on the screen what it is that you’re about to watch – that integration is hard to do.”

Benefits of consoles as a media hub includes less equipment, lower overall costs and the use of only a single interface. These benefits are quite strongly overruled when compared  to what integrators can provide to customers and if an integrator is required, they can provide a better service than what a console offers in terms of media.

Finally saving the princess in the castle

“The pieces of the puzzle exist already for a lot of integrators,” Ben says.

“It’s shifting away from ‘do you want the Xbox on the big TV? How cool!’ into more inside a general room that can be
controlled for both the PC and console experience and new considerations around control, lighting and climate and
comfort become relevant.

“This goes really above-and-beyond consumer-level DIY products and for the consoles.”

As technology advances, gaming advances alongside it. While that means improvements in resolution and larger screens, it can also mean innovations like VR headsets or motion detection technology.

The gaming industry isn’t finished growing and it doesn’t show any signs of stopping and really, why should it?

Integrators have an opportunity to jump on one of the fastest trains heading directly for success station and can offer
customers an incredible experience on top of a DIY job. Just make sure you’re known as the integrators that create the elite gaming environment.