Will HDMI keep up? 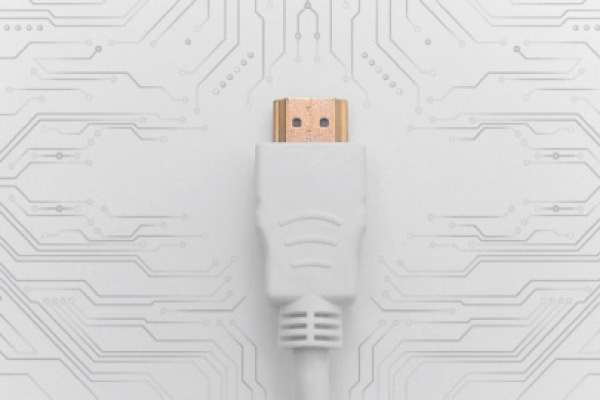 The AV and computing landscape is littered with examples of technologies that served a purpose – but then couldn’t keep up. Ian McMurray wonders whether HDMI will prove to be another one.

A very wise person once told me that there are two secrets to success in life. The first is to be there – to actually show up. And the second? To have the right cables when you get there.

No, I never really understood it either – but I’m reminded of the good old days of PCs when they came equipped with a VGA port for the display, a parallel port – mostly for the printer – and a serial port for a range of somewhat arcane devices. While VGA (mostly) persists, serial and parallel ports have largely been displaced by USB ports.

USB, for me, falls into the category of things you tend to think of as a recent innovation – but it turns out, it dates back over 20 years. In my mind, HDMI falls into the same category, and it’s startling to realise it’s been with us some 16 years. As such, the first thing you have to say is that HDMI has been a pretty resilient technology. The question in many people’s minds is: “Can it continue to be relevant?”

To me, that seems like it’s a valid question that has at its root concerns about how many bits we’ll be trying to move down a cable in the future. Moving bits at close to real time speeds has perhaps become the biggest challenge facing the AV industry – and the broadcast industry too, come to think of it.

Think about it. Why was the parallel port invented? Because it could move more bits more quickly than a serial port. Even in its enhanced ECP mode, though, parallel technology could only transfer data at 2.5Mbps. Serial RS-232 could just about manage 230.4Kbps.

Look at resolution, for example. The transition from VGA to 4K is pretty stupendous in bit terms all on its own from ~307,000 to rather more than five-and-a-half million. On the audio side, consider the change from stereo through 5.1 to 7.1 – and now, to Dolby Atmos and its ilk.

On video, we’re not just adding pixels. We’re also upping frame rates. With HDR, we’re increasing the bandwidth required by anything between 10% and 25%: there’s a range of estimates, but 25Mbps seems about right. Then, of course, there’s 8K. What after that?  Will our appetite for higher resolution prove insatiable – even if we can’t actually see the difference on our 50” TV screen at home?

And we haven’t even begun to calculate where we might end up with virtual reality and augmented reality: we do, however, know that we’ll need to move many more bits along with the video and audio. Transmitting additional supporting data along with audio and video is certainly the future.

So: where does this leave us? It was, allegedly, Teddy Roosevelt (he was once president of the United States, young ‘uns…) who said: “I believe that the more you know about the past, the better you are prepared for the future.” (Although my favourite quote about prediction came from Lao Tzu (aka Laozi), the ancient Chinese philosopher who seems to have spoken entirely in quotable quotes, who said: “Those who have knowledge, don’t predict. Those who predict, don’t have knowledge”.)

I’m with Teddy on this one. When Hitachi, Philips, Sony, Toshiba and others first came up with the idea of a DVI-compatible alternative video and audio connection and HDMI was announced, it featured a transfer rate of 4.9Gbps – more than enough at the time.

We loved it. No more bulky SCART cables. No more confusing component video cables. It just seemed so elegant.

What did that mean in reality? Support for 8K content at 60fps (or 4K at 120fps, making it very appealing to gamers for whom frame rates are – nearly – everything). Better support for variable refresh rates (another gaming goodie). Support for dynamic HDR. It even allows you to switch between connected devices more quickly. Audiophiles haven’t been left out either, with support for an esoteric technology called Enhanced Audio Return Channel (eARC) – which basically provides improved support for object-based audio codecs like the aforementioned Dolby Atmos and DTS-X.

The only potential fly in the ointment here is that, for a cable to move data at the kind of rates of which HDMI 2.1 is capable, it needs to be of very high quality. Certification will likely be required. For most of us, though, the need to upgrade our cables is almost certainly years away (and the chances are your current TV doesn’t support HDMI 2.1 anyway).

And: the people responsible for the development of HDMI see the future as one in which we’re combining VR with 8K resolution – at an astonishing 240fps. You can see why: for a virtual experience to seem ‘real’, we’ll need all the resolution and refresh rate we can get. Those HDMI developers appear not to be flinching at the prospect. No, HDMI 2.1 won’t do it – but then, the original HDMI wouldn’t do what 2.1 does, either. And: we’re still using the same connector and cable (although the cable itself, as noted above, may need to change to take full advantage of what HDMI 2.1 can do).

Perhaps the best news in all of this, of course, is that, as it has always been, HDMI 2.1 will be backwards compatible with what went before.

There may be one other fly in the ointment. HDMI is, of course, far from the only show in town when it comes to connecting devices. USB, DisplayPort and Thunderbolt spring to mind. All are capable of pretty high bandwidths – DisplayPort, for example, can achieve more than 32Gbps. The key here, it seems to me, is that HDMI has the momentum, the installed base, the consumer acceptance. An alternative will have to come up with some pretty compelling advantages to displace HDMI – and there’s nothing on the horizon.

So: does HDMI have a future? First, a caveat. I once wrote what I thought was a very well-reasoned article, explaining why, in the high definition optical disk wars early this century, there could only be one winner – and that was HD DVD. Blu-ray didn’t stand a chance. History hasn’t told me that I missed my calling as a fortune teller.

That said: it’s clear from history that HDMI has more than kept up with what the industry needs. Beyond that, it has, in fact, stayed well ahead of the curve. HDMI’s track record, if it’s any guide, indicates that it will continue to be more than capable of doing what we ask of it. As such, it seems safe to predict that, for success in the future, you won’t need to carry with you a bag of different kinds of cable. You’ll just need HDMI cables of various lengths. Should those have gold plated connectors? Perhaps. Should they cost $15,000? Perhaps not.

Success, then, is now just about turning up. Life just got a whole lot simpler.