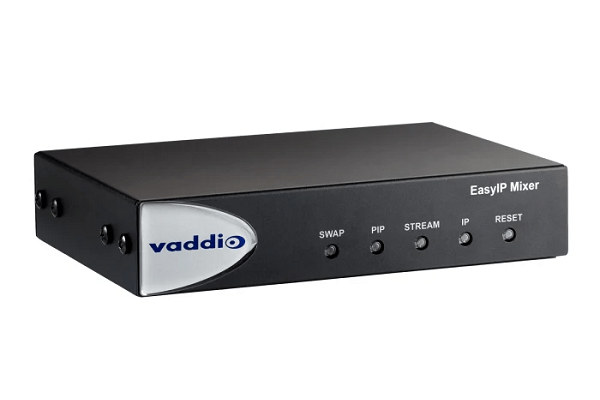 It combines multiple audio channels including up to four Dante sources, and the EasyIP CeilingMIC D and up to four cameras. The EasyIP Mixer features video switching, simultaneous 1080p/60 USB 3.0 and HDMI outputs, trigger inputs for flexible control and an HDMI input for a PC source to make it our easiest production switcher to date.

Each microphone in the EasyIP system has a three-element array, giving 360° coverage, echo cancellation and digital signal processing for crystal clear audio.

“The addition of our Dante-enabled microphones and the new production mixer allow for simple AV over IP systems to live in those larger spaces like lecture halls and government centers, all while delivering the easiest installation experience for our Pro AV partners,” Rob adds.

“We are excited to add additional products building on the success of the EasyIP cameras and videoconferencing equipment launched earlier this year.”