Stuck in the middle… 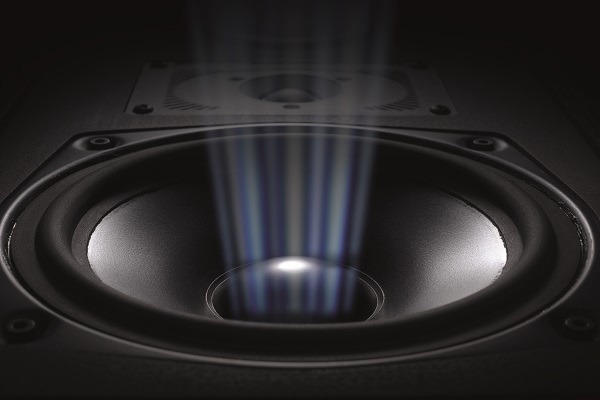 The move away from projector screens to large flat panel displays has made the audio integrator’s job a lot trickier as they try to install a centre channel in a space that no longer exists in its traditional format. Anthony Grimani looks at the options.

Have you noticed how many people watch everything with subtitles turned on these days? Not foreign language content, stuff in their native language. They just can’t catch the dialogue, so they pop on the subtitles. That’s just not right!

Dialogue is essential to understanding film and TV narrative, and it’s equally important to hear it from the actors rather than read it. The moment viewers start reading, suspension of disbelief is gone. If such a thing happens in a custom home cinema, we’ve all failed our mission as engineers and integrators.

This problem is about to get a whole lot worse, as large flat panels take over from traditional front projection systems. No longer will the centre speaker be able to hide behind an AT screen, where you can craft a nice, friendly environment for it to sound its best and clearest. A solid screen forces it to move to…where, exactly?

The most common and obvious position is above or below the screen, with the speaker drivers in a horizontal configuration (woofers-tweeter-woofers). Unfortunately, horizontal speakers have to be carefully designed to avoid off-axis response dips in the midrange. These dips occur at exactly the frequencies needed for dialogue clarity, so people not sitting in the middle the home cinema will lose dialogue.

To avoid this, you need to get one of the better models with wide dispersion and flat frequency response. Most manufacturers use these buzzwords in their marketing, but few actually deliver the goods and provide measurement documentation to back it up. You need to get a horizontal centre speaker measured before you use it. Fortunately, there are a few brave souls out there equipped and willing to do this for you. You will have to send a sample of the speaker to them.

If making the centre speaker horizontal results in the likely scenario that it is no longer identical (i.e. the same model) to the Left/Right, then you have the added challenge of finding a centre that still matches the Left/Right in both the amplitude and time domains. Otherwise, the timbre of the sound will noticeably and distractingly change as things pan across the screen. This is a noob mistake, and makes you look pretty silly – especially if you’re trying to impress a colleague who knows better.

The floor or ceiling starts to encroach on the centre when it’s above or below the screen, so plan for some acoustical treatment and equalisation to pull out the boom and smooth out any other boundary issues.  Excessively boomy bass from a centre speaker will kill dialogue clarity about as fast as anything else.

With all that to think about, you may decide a centre speaker is just way too much trouble and go with phantom centre (centre channel re-routed to the Left/Right). This isn’t great either but can be managed with some creative engineering.

One of the biggest challenges is the shadowing effect of the head (sound from the Left speaker crossing over to the right ear and vice-versa). This produces a distinctive midrange dip pattern that, you guessed it, results in soft and mushy dialogue. Fortunately, it is possible to supply custom processing and balancing to counteract the shadowing effect and dramatically improve phantom centre quality. You won’t find this in any AVR or surround processor; it has to be done with external processing units and a bit of secret sauce!

Yet you’re still left with the issue of dialogue “collapsing” into the Front speaker nearest you if you aren’t right in the middle of the room.  You can’t have it all!

Why not put the centre speaker in the ceiling? If you do this, please do not use one of the models that fires straight down. I’m not even going to tell you why that’s bad. It’s better if the speaker aims toward the listeners, but even that’s not enough. What the speaker really needs is very good sound power response (look it up) as this will allow it to “throw” the sound kind of like a ventriloquist so it seems to emanate from the screen.

An in-ceiling or even on-ceiling speaker that can pull off the kind of great sound power response necessary to do this is really rare. If you find one, be sure to let me know, because I want to keep track of them!

You also must equalise a ceiling-mounted centre speaker. If you do everything right, it can sound not so bad…

There are even more outlandish ideas. One that is gaining traction right now is to bounce the sound off the screen. I have to say that I’m not too impressed with what I’ve seen and/or heard so far. A few companies with pretty bright people are proposing solutions, but I’m still highly suspicious. One very big and (should be) obvious problem is that the speakers doing the projecting need to not radiate any sound at all directly at the listeners (or, really, anywhere but directly onto the screen bounce area).

If you are familiar at all with speaker design, you know it’s very difficult to build a speaker that doesn’t radiate low and mid frequencies in all directions. Thus, at some frequency, the projecting speakers have to cross over to something that’s near the screen. This is not really something we’ve ever done before in the audio world, so it’s going to take time to iron out – if it’s even possible to get “right.” Stay tuned.

Finally, in the category of sci-fi and wishful thinking, there is my personal favorite: the ultra-thin micro-perforated LED panel. Nope, this doesn’t exist yet, and no one’s even talking about it. However, a few years ago, we wouldn’t have thought it possible to make a rollable OLED. I don’t think it’s inconceivable to go from that to micro-perf. If enough of us demand it, someone will figure it out. It solves the sound problem not just for home cinema speakers, but also a TV’s built-in speakers, which are so bad these days that everyone’s switched to sound bars in self-defense!

If you’re picking up on the doom and gloom vibe, you’re not wrong. All these centre speaker tactics are compromised compared to a centre speaker behind an AT projection screen. It’s going to be even harder to understand dialogue and even more critical that you do your job well engineering a solution.

But it appears the evolution to large panel displays is well underway and irreversible, so we have to make the best of it. That’s why clients need you!

One For All remote is clean as ...