The science behind LEDs

Dimming LEDs is all a matter of the ‘duty cycle’ and tricking the human eye, writes Harry Simidis.

Light-emitting diodes, or LEDs, generally allow electrical current to pass through them in one direction, only after a threshold voltage is attained between the anode and cathode terminals.

The electrical symbol for this semiconductor device is shown in Figure 1.
LEDs also emit light energy when this current passes through, and those used in electronics are typically packaged as shown in Figure 2.

Hence, to switch on an LED it is necessary to apply the appropriate voltage across its terminals – in the right polarity.

In the image below (2a), V represents voltage and I represents current. When the threshold voltage VT is reached, the diode allows current to pass through the junction and light is emitted.

Although gradually lowering the voltage across the LED may seem to dim the light output, this is largely non-linear and quickly drops off to zero light output slightly below VT.

To dim LED light sources, it is usually necessary to provide a succession of ‘bursts’ of voltage, at or about the threshold voltage level VT, in the case of voltage mode type LED lamps (more on the different types of LED sources later).

Figure 3 shows three dimmed levels on an LED source and the required voltage signal. This method of dimming is also known as pulse width modulation (PWM), as the duty cycle of the signal is varied (or modulated) to give a different dimming level.

Of note is the consistent voltage level (always at or about VT) across time. As the frequency is generally at 50Hz, (same as the mains supply) the human eye cannot distinguish this many ‘blinks’ in one second (50Hz = 50 cycles per second) and so perceives the output as consistent.

Not only does the brightness level vary but also the colour temperature of the emitted light, hence the almost infinite hues available in red-green-blue (the additive colours in the spectrum) LED dimming.

White light can be produced by combining each of these three colours in varying intensities. In fact, the way that different colours are generated with RGB sources is merely by dimming one, two or all three of these colours at the same time, to produce an almost infinite palette.

Figure 4 depicts the three independent LED colour sources in an RGB style fitting and how each of these is dimmed separately to produce different colour effects when combined with the outputs. 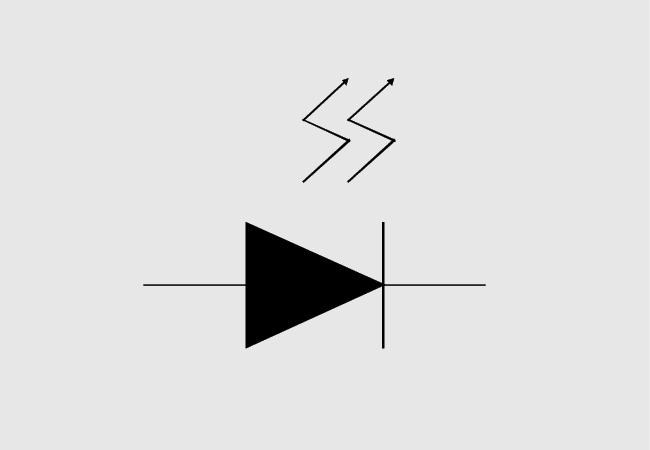 This article does not go into the detail of physical connection to the many LED light sources on the market. But for most fittings there are typically four terminals on such fittings: red, blue, green and common.

In the real world, LEDs are typically designed and constructed in clusters for efficiency and light output. Two of the most common types are voltage mode and current mode.

It’s important to note that not all voltage mode fittings work on 24V DC. Many also work on 12V DC and possibly other levels.

The thing to note is that the fitting alone cannot be dimmed by modulating the DC voltage level, but rather the duty cycle. This is usually done by an external controller or transformer.

Current mode units are typically high-power devices that do not incorporate any current regulation in the fitting. All the regulation is done outside the unit and usually in the controller that generates the PWM (Figure 6).

Although the diagram shows a 350mA LED source, there is a much wider spread of power levels available in the current mode range. Again, the external controller or transformer would have to vary the voltage across the fitting to supply a constant 350mA current level into the unit.

Lighting control companies such as Dynalite have LED controllers for current mode and voltage mode fittings. The power supply typically needs to be sourced from elsewhere, but some controllers also incorporate this.

For example, the Dynalite DDLEDC60035 is a six-channel, 12-pole, 350mA current mode LED DIN rail dimmer (Figure 7). This means all the installer has to worry about is connecting a separate power supply to the unit, as it does all the regulation internally.

Naturally, some calculations are necessary to select the most appropriate power supply. However, manufacturers are generally very helpful and will probably advise on the most suitable components to use, based on the proposed application.

As most dimmable LED fittings nowadays typically come with 1-10V transformers, Dynalite and Clipsal CBus have controllers in their range to do the job.

The only drawback using this method is the additional cost to the client for the transformer, although this can also offer much peace of mind to many less specialised installers.

On a final note and in addition to the different LED types, there are also two LED configurations – common anode and common cathode.

Figure 8 depicts a typical common anode configuration, with all the LED anode terminals being connected to the common terminal.

In these instances, the positive voltage is applied at the common terminal to generate the necessary forward bias to make the fitting switch on or dim.

Figure 9 depicts a typical common cathode configuration, with all the LED cathode terminals connected to the common terminal. In these instances, the positive voltage is applied at each respective CH terminal.

Many, if not all, of today’s LED fittings incorporate either common anode or common cathode configurations.

Installers are best advised to consult the light fitting supplier and lighting control vendor for specific advice and design assistance.