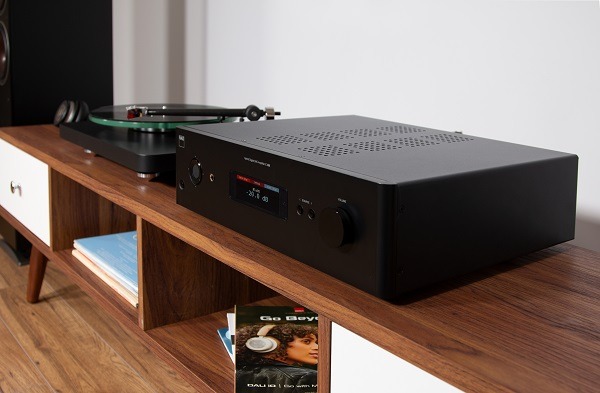 Employing NAD’s HybridDigital nCore amplification, which until now has been available only on Masters Series amplifiers, the C 399 is the new flagship integrated amplifier in NAD’s Classic Series.

efficient and remarkably powerful. It can deliver 180 Watts per channel continuous power, and 250W per channel instantaneous power, allowing the C 399 to produce musical transients effortlessly.

Also trickled down from the Masters Series is the ESS Sabre ES9028 high-resolution DAC, a design noted for its wide dynamic range, ultra-low noise and distortion, and near-zero levels of clock jitter.

“As with every NAD amplifier, the C 399 gets the basics right: a precise volume control with

accurate channel balance, low-noise circuits, and correct input and output impedances. The C 399 with its HybridDigital nCore output stage and high-resolution ESS Sabre DAC can reproduce all your digital and analogue sources to a level of excitement and refinement that is unprecedented in its class”, says Cas Oostvogel, NAD Electronics’ Product Manager.

“Ever since the launch of the legendary 3020 integrated amplifier in 1978, the NAD brand has been synonymous with value and performance. The C 399 takes that reputation to a whole new level. Thanks to NAD’s innovative new MDC2 architecture, the C 399 can serve as the hub of a world-class music system today, and for many years to come.”