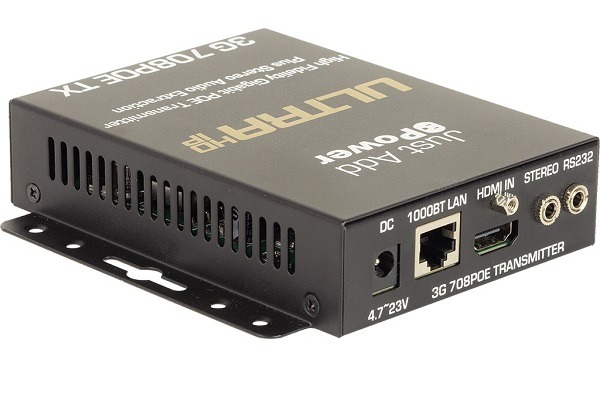 “By extracting audio from sources and outputting it via a 3.5mm port, the 708POE makes it simple for integrators to incorporate two-channel stereo receivers and amplifiers into their J+P systems,” Just Add Power sales team manager Taft Stricklin says.

“Offering an upgrade to our popular 707POE, the new transmitter delivers this additional functionality at a groundbreaking price.”

Like its predecessor, the 708POE distributes video resolutions up to 4K definition with no latency over a single Cat 5e cable. It also supports HDCP 2.2, HDMI 2.0, HDR, HDR10 and all lossless audio formats including Dolby Atmos.

It also has video wall functionality with its built-in ability to display in portrait and flipped configurations as well as push, pull and pop features.

As with all models in the Just Add Power lineup, it integrates seamlessly with any generation of the company’s products. This allows integrators to select the solution that best fits the job, providing an evolutionary, scalable, systems-approach to 4K video signal distribution.