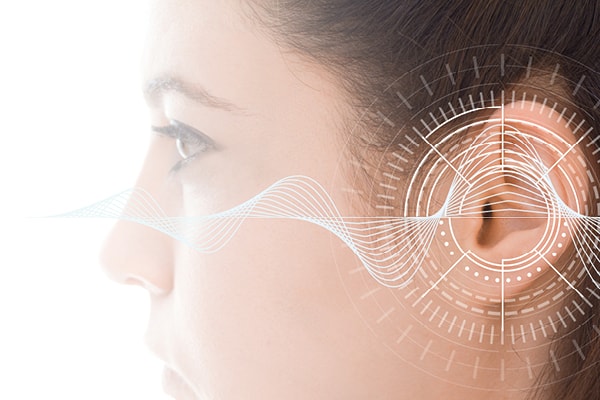 Recent advancements in hearing assistance technology have greatly improved the quality and flexibility for both users and system installers. Cameron Grimes reports.

The current Australian Standard relating to hearing assistance technologies (AS 1428.2 Design for access and mobility) requires at least 80% of any sound reinforcement space to also be covered by a hearing augmentation listening system, or assistive listening device (ALD).

FM systems use radio broadcast technology to bring the sound directly to a user’s ears. Users are required to wear a portable receiver that allows them to hear the speaker, which allows users to hear from up to 45m away.

“Radio and FM systems are available and effective over wide areas; however, quality and costly licensing may be an issue in overcrowded frequencies,” an Ampetronic spokesperson says.

Distributed by Jands, Ampetronic is a manufacturer of AFILS and distributes to over 20 countries worldwide.

“Additional receivers are required which can cause the user embarrassment. There are some promising advances in the Bluetooth Standard but currently, power requirements, range and connecting multiple devices limit its usefulness.”

“IR systems also work by connecting a sound source to a receiver worn by the user. But, instead of using an induction loop they use infra-red light transmitters and receivers,” Ampetronic’s spokesperson adds.

“Technology in this area is improving; however, they require the receiver to be in line of sight of the transmitter to be effective. This can be an issue in areas where there are structures and columns that can block that line of sight signal, like in movie theatres. IR systems also require the user to wear an additional receiver which can identify them.”

Williams Sound is distributed in Australia by Hills.

“It’s important to note that not all people who have a hearing disability wear a hearing aid. In fact, a high percentage doesn’t, making IR technology one of the most popular solutions in Australia,” Michael says.

“An IR solution offers simplicity of use with a neck worn receiver and either a fixed or portable IR system located in the room or space. IR is significantly more affordable for the venue owner and provides a clear and strong signal for those who require minor assistance or who wear a hearing aid.”

WiFi enabled hearing aids are becoming more widespread, with some models being capable of connecting to multiple devices at once while also having smart phone connectivity. However, these devices can often succumb to the poor consistency of some WiFi networks.

“WiFi systems are limited by high latency and are subject to bandwidth restrictions as more users are added,” Ampetronic’s spokesperson says.

Of these three systems, Amber Technology general manager Richard Neale argues that the AFILS is the most flexible option for both users and installers.

“Each system will have advantages and disadvantages, however the most attractive system for AV consultants or specifiers to install is the AFILS,” Richard says.

“The advantage of installing this system in a commercial building is due to the AFILS’ ability to transmit directly to the telecoils in hearing aids and cochlear implants, meaning no additional equipment is required for the user.

“By providing a direct delivery of audio signal to the user’s hearing aid, it provides a discreet alternative and eliminates the stigma of wearing devices such as headphones, receivers and neck loops which are typically required by other assistive listening systems.

“It is estimated that 70-80% of all hearing aids have telecoils, so to install AFILS which will transmit directly to a user’s own hearing aid or cochlear implant will enhance their experience by optimising the audio signal they receive.”

Since such a high number of hearing aids can already benefit from AFILS technology, Richard further argues that this will reap financial benefits for both parties.

“It’s not just the user who will benefit from this type of system. Businesses will also benefit by removing costs associated with product maintenance and hygiene management of third party wearable devices used with other systems,” Richard says.

“Current technology around assistive listening provides a great solution for businesses to really improve the user’s experience in situations where background noise reduces the ability to understand speech or enjoy music.”

Ampetronic’s spokesperson agrees, adding: “End users tend to favour hearing loops because they do not discriminate, there are no additional receivers required or shared and the hearing aid tailors the sound frequencies to the user’s needs.

“Service providers often favour or require loops because they require installing typically only once and can be maintained with the lowest lifetime cost. There are no receiver costs, such as replacement, batteries or cleaning. Hearing loops are also most likely to be compliant with Equality of Access legislation and local building code standards.”

Hearing loop installation comes with a large amount of flexibility for installers. Loops can be installed in existing buildings under or on top of flooring, as well as ceiling cavities. A common installation is to install loops under carpets using flat copper tape.

Richard highlights the importance of design layouts when installing a new hearing loop system, and recommends the completion of site surveys to determine the suitability of loops.

“Design layouts are also required for AFILS to determine the desired outcomes and to design a matching solution,” Richard says.

“While most installations will work alongside other equipment, any loop design does need to take into consideration the amount of electromagnetic background noise as well as some musical equipment, such as guitars with magnetic pickups.

“Correct signage should also be on display to alert hearing-aid wearers of the presence of a hearing loop.”

While hearing loop systems are the most advanced and reliable currently available, hearing assistance manufacturers are prioritising the improved performance of WiFi-enabled devices.

Though WiFi devices are smaller and more discrete than others on the market, users will have to rely on venues such as stadiums, schools and hospitals complying with legislation and providing the required receivers.

Despite all current hearing assistance options having their share of shortcomings, Ampetronic’s spokesperson says that the range of new and improved technologies can only point to better solutions in the future.

“Developments in network technologies, digital performance, power sources and low consumption components, along with more effective and powerful systems design, all point to exciting advancements to come,” they add.

The dangers of working around asbestos