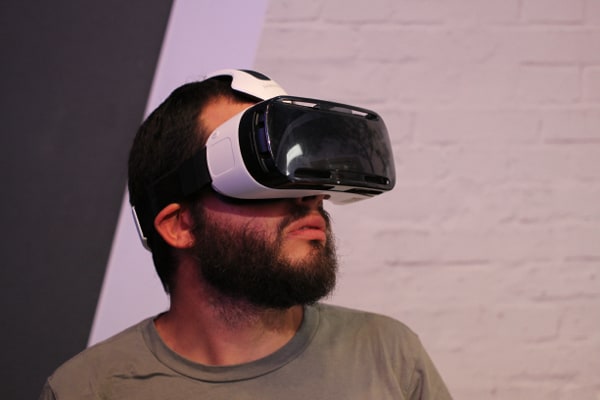 The way our children learn has changed dramatically over the years – and technology is continuing to both enable and drive those changes, as Ian McMurray describes.

As a school pupil many moons ago, one of the things I looked forward to were so-called ‘field trips’. This involved us all getting on a coach and going to look at something that our teachers deemed interesting. Like, in the case of the geography teacher, an escarpment (I can still recognise one now, all these years later) for example. The thinking, of course, was that seeing something ‘in real life’ was more likely to make it stick than any amount of reading about it in a book. (It goes without saying, of course, that seeing an escarpment – or a Saxon church – wasn’t what we looked forward to: it was also a day without lessons, and the opportunity to misbehave on the back seat of the coach).

It is, of course, classic educational theory. As the Chinese proverb has it: “Tell me, I’ll forget. Show me, I’ll remember. Involve me, I’ll understand.”

Field trips are, alas, less of a ‘thing’ these days than they used to be – at least in the UK – due, in no small part I imagine, to the requirement for teachers to conduct a detailed risk assessment prior to embarking on such an undertaking. However: the need to ‘involve’ in order to enhance learning outcomes hasn’t gone away.

In the meantime – i.e. the 50+ years since I was a pupil – other things have changed in education. One is the much greater focus on pupil engagement, as opposed to the formal, didactic style of teaching that prevailed in the UK in the 1960s (and probably well beyond). Another is the ready availability of technology – a far cry from the epidiascopes and, subsequently, overhead projectors I mentioned in a previous article.

So: can technology replicate the field trip? The answer is ‘yes, it can’. Step forward virtual reality (VR) and its cousins augmented reality (AR) and mixed reality (MR – trust Microsoft to want to be different) – now collectively known as ‘Extended Reality’, or XR for short.

Augmented reality really came to public notice with the launch of Pokémon Go back in July 2016.   All of a sudden, young screen-addicted couch potatoes were outdoors – gasp! – interacting with the real world. It seems it was downloaded over 750 million times, and generated more than $1 billion. Nintendo, who own 32% of the Pokémon franchise, saw its stock value double within a week of Go’s release.

There are already hundreds – perhaps thousands – of AR apps available for education, covering topics ranging from spelling and maths to astronomy and prehistory. They take the interactivity so prized by educationalists to a new level.

The real opportunity, however, lies with virtual reality. If you’re a PC video gamer, the chances are you’re already lusting after – may even own – an Oculus Rift or HTC Vive (and the significant chunk of PC hardware necessary for them to deliver on their potential). And, for now, that’s a barrier for cash-strapped schools and colleges. The headsets alone cost around $A1,000.

There is, however, a cheaper alternative – and it’s already been deployed by many schools around the world with surprising success – although the experience doesn’t come close to ‘the real thing’ as represented by HTC’s and Oculus’s offerings, as you might expect at the substantially lower price. 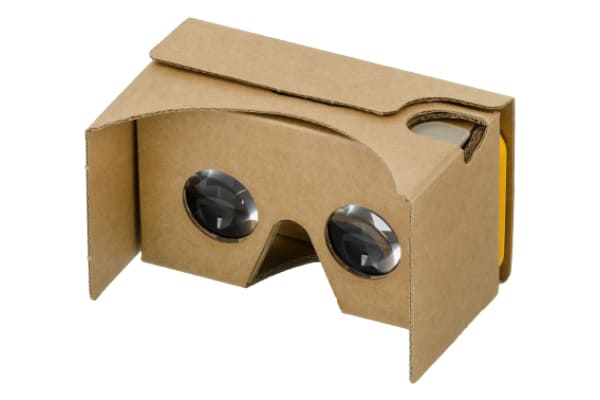 Google Cardboard is, as its name implies, pretty cheap and cheerful with a price around the A$20 mark. The principle is straightforward. You insert your smart phone (does any child under 16 not own one?) complete with VR-enabled app, into the unit, and the lenses housed by the cardboard create a 3D image. In true VR style: when you move your head, the view changes – as if you were really there.

Google has released the Expeditions app (available from Google Play) which allows pupils to go on a virtual field trip – not just to see geological features, but to feel as if you’re in Machu Picchu or Antarctica – or even the International Space Station or the surface of Mars. Or you can walk past the Houses of Parliament and Buckingham Palace in London via Google’s Street View. The Discovery Channel also has an extensive collection of educational VR experiences. Or: look for 360° video on YouTube for even more options. And: Google is said to offer educators training in using VR.

An alternative to Google Cardboard is Samsung’s Gear VR – developed in partnership with Oculus – which is similarly smart phone-based, and costs of the order of $A120. It is, however, limited to Samsung phones. The higher price gives a VR experience which, according to many reviewers, is a good deal smoother than is possible with the Cardboard.

Two things are apparent. The first is that VR is real, and that it’s delivering educational value to countless pupils and students around the world. The second is that it’s affordable. While HTC and Oculus may be the gold standard, worthwhile VR experiences that can transform learning are possible for significantly less outlay.

According to a report by market researcher Technavio in May last year, the worldwide educational VR market will grow at 55%/year between now and 2021, reaching a value of $US1,700 million. As such, you have to believe that the opportunity is one that should be attractive to the integration community – especially those working in the field already.

It’s worth thinking about, if only from a defensive point of view. In recent years, integrators operating in the education market have been generating substantial revenues by supplying interactive white boards and their successors, interactive large format displays, to address the involvement/engagement requirement. The question has to be asked: will VR supplant those installations?

The answer may well be: not entirely. The beauty of VR is that it delivers a uniquely personal experience designed by the pupils themselves. Interactive screens, on the other hand, lend themselves to a communal style of learning that is no less valuable. As such, it seems likely that the two are complementary, and will go forward together – and integrators will be strengthened by positioning themselves as being able to offer both. The value-add is likely to be found in being a one-stop shop able to offer the complete package, together with the training that will enable schools and colleges to benefit from the technologies.

VR not only brings the field trip back to the curriculum – it takes it far beyond anything we could have imagined all those years ago. All that remains is for someone to create a VR app that allows today’s pupils to fight for those precious seats at the back of the coach.