News
Home›News›Californication in the Gold Coast
SPONSORED BY 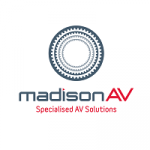 Californication in the Gold Coast MadisonAV worked with The Prestige Group to deliver a high-end Cali-themed club on the Gold Coast. Sean Carroll finds out more.

It’s the ideal getaway for anyone after a fun night and as Australia moves out of lockdowns as well as into summer, it couldn’t have come at a better time.

The integrator, The Prestige Group, worked with MadisonAV to help bring the club to life and it features a range of JBL by Harman speakers to ensure quality, longevity and directional sound.

“Everyone’s loving it, the venue is doing really well, and we’ve already had big gigs like Sneaky Sound System among others come in and enjoy their time with the AV,” The Prestige Group general manager Nathan Wright says.

He says that the first issue that comes up when working on a project like this is weatherisation, ensuring the wind, sun and salt spray from the beach don’t erode the installation.

MadisonAV national business development manager – audio, Benjamin Page tells us “JBL is the only manufacturer that offers extreme environment such as tropical climate weatherisation on timber cabinets in the market today.”

“There were no timber cabinets used in the Cali Beach project. The products we went with were the AWC or All Weather Compact products, which are a multilayer glass composite enclosure with all stainless-steel hardware and ZINC rich metal used throughout,” Benjamin adds. “The other cabinets selected were the CBT, Constant Beamwidth Technology products. These are an IP56 rated column array, they’re a very sophisticated column array loaded with passive electronics. The electronics inside each cabinet allow you to vertically steer or change coverage patterns of the loudspeaker box without physically moving it.”

That moves onto the next issue the team had to consider when working on the Cali Beach Club: sound control. Sitting atop four stories in the Gold Coast, there are several rules the club must abide by in terms of noise so that it can’t be heard by neighbouring buildings.

Additionally, it was in the team’s best interest to control the sound inside the club, ensuring great coverage over the whole dancefloor and across the pool.

“We did some 3D modelling before the venue was built to suggest some rough locations of speakers, quantities and so on. We did make some modifications on the fly, but we generally stuck to our modelling,” Nathan says.

“We had the concept of snowballing forward, having a lot of speakers fairly focused to try and stop that spill out to the areas that we don’t want. We kept the sound tightly focused in front of the DJ’s box with CBT70J-1 + CBT70JE-1s as well as a couple of AWC82s and AWC15LF low-frequency cabinets to give that area a bit more punch.”

Benjamin says that by using a combination of E.A.S.E. (Enhanced Acoustic Simulator for Engineers) and Harman DDA (Digital Directivity Analysis) software, the MadisonAV team was able to analyse the directivity of sound and map the buildings around the Cali Beach Club and model the sound spectrum down to 50hz and below. It helped the integrators understand the exposure to the surrounding buildings.

The most satisfying aspect of this project for Benjamin was seeing the project develop from his first DDA model made on his laptop in a hotel room, right up to actualisation and hearing the product in action at the completed venue.

On the control side of things, audio is controlled using Crown Audio CDi BLUE link amplifiers and a BSS BLU-DA Dante Bridge with a UCI interface that’s doing all the processing, limiting and so on. It controls all 38 audio zones across the entire venue.

“The main source is obviously a DJ, but then we’ve also got the nightlife or some other auxiliary functions from time-to-time as well,” Nathan says.

There are also a number of smaller zones where patrons can play their own video or audio in the space.

And now, with a finished project, a happy client and even happier patrons, the Cali Beach Club is open for business this summer.

“During a complex project like this, we need to solve a lot of problems and address many questions. But the owner is very pleased with the outcome,” Benjamin summarises.

“He says that when he looks around and sees all the patrons smiling, having a good time, and really getting into the music, he loves it.”

Westan teams up with Sonos