WiFi 6 is on its way 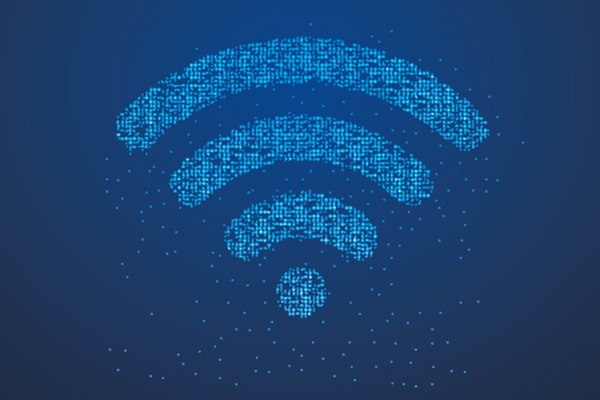 There’s a new (WiFi) kid in town and, just to confuse things a little, the newcomer has two names – ‘802.11ax’ and ‘WiFi 6’. I can almost hear the face-palming from here, WiFi is already confusing without having two names for the same thing! Well, hold your horses folks, understanding WiFi standards is about to get easier…

Now, you’re probably thinking: ‘We get that 802.11ax is now called WiFi 6, but what on earth is WiFi 6 anyway?’ Great question.

WiFi 6/802.11ax is the latest and greatest Standard for modern wireless networking and it brings with it some pretty neat features for better speed and coverage.

Does that sound too good to be true? Let’s take a deeper look…

The Problem of Topology

Fundamentally, wireless has a problem.

Wired networks (and fibre optic ones for that matter) use each physical connection as a dedicated communication link between just two nodes. These connections form either ‘star’ or ‘mesh’ networks that are fast, reliable and flexible. However, wireless operates as a ‘bus’ network where all nodes are sharing the same physical connection media, i.e. ‘the air’.

There’s no easy way around this issue so any improvement in wireless technology has to come from elsewhere.

So, to increase bandwidth, we need some new thinking and WiFi 6 brings just that…

Yes, it sounds like some kind of weird chemical, but OFDMA is actually pretty clever and very useful.

Imagine a WiFi channel as a wide yet single lane road. It can only carry one vehicle in one direction at a time.

Now, imagine if we could make it a two, three or four lane road, each dedicated to a certain type of vehicle. Trucks in lane one, buses in lane two, cars in three and motorcycles in lane four. We could then carry more vehicles at the time as the different traffic types travel next to each other in adjacent lanes rather than one behind the other in the same lane.

Finally, imagine if any lane could carry any type of vehicle at any time. The result would be a huge increase in capacity.

That’s exactly how the OFDMA in a WiFi 6 network uses a wireless channel. Each channel (carrier) is divided into different sub-carriers and these can carry any traffic at any time. The result is a big upswing in bandwidth and happier users.

Many people think that a wireless device is connected to the local WiFi access point at all times. The truth is, it isn’t. In order to save battery power (we all want longer battery life after all…) host devices like your phone, tablet, etc, ‘poll’ the access point every so often asking ‘do you have any messages for me’? The access point then replies either ‘no’ or ‘yes and here’s your message’. The rest of the time it sits idle to conserve battery.

Most of the time this is very wasteful as there are no messages for your host device or the access point can’t answer as it’s dealing with a request from another host. Probably another request for non-existent messages…

So, just how effective is this at saving battery power? Experiments suggest this might save up to 67% of the battery power used by host devices talking to the access point. Impressive stuff!

Our final piece of the WiFi 6 jigsaw is called ‘Station Colours’.

Normally, before transmitting, a WiFi device will ‘listen’ to the carrier frequency to see if anyone else is transmitting and, therefore, using the frequency. If the device hears another transmission it waits for a while before trying again.

The trouble is, the device can’t tell if the transmission is part of the same network or not. If it knew the transmission was from a different network, probably further away, it could go ahead and transmit over the top of it.

WiFi 6 station colours allow just this kind of understanding. Each wireless network broadcasts a ‘colour’ to identify itself. Hosts can then decide to transmit over the top of an adjacent network if it has a different ‘colour’. This means less waiting around and more transmissions.

So, what do we think?

While it’s easy to think of the rebranding of WiFi standards to be adding confusion to an already confused picture, it’s also clear that the new naming convention is much simpler and should be easier for consumers to understand. That can only be a good thing.

And, as for WiFi 6 itself, the technology promises big improvements while remaining backwards compatible with existing standards. It works at both 2.4GHz and 5GHz, which are well established, and avoids the crazy-high 60GHz alternative put forward by the, now dead, 802.11ad format.

What’s more, WiFi 6 equipment is already on sale with more and more compatible equipment being launched all the time. It’s also a safe bet that this year’s new smart phone models are likely to support it too. So, what’s not to like?