What’s the rage with NFTs? 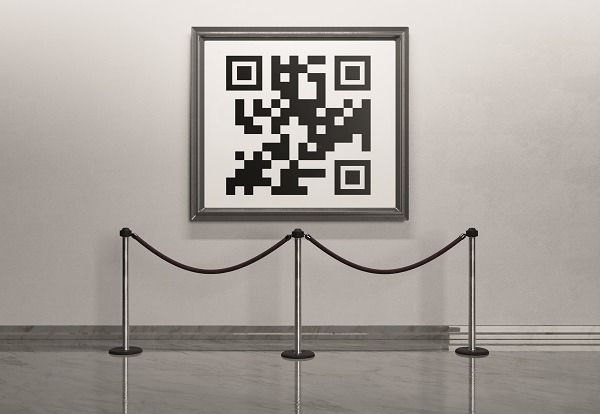 We’ve all been reading about various, astronomical NFT sales over the past few years. But Geoff Meads is looking at NFTs from a more practical standpoint. Here, he looks at how they might affect your business.

Back in February 2018 I was asked to give a CEDIA booth talk at the ISE expo on ‘Blockchain’. I’d been researching blockchains for a year or two at that point and found very few people knew what a blockchain was or how it worked.

A few attendees had heard the term and a few more had heard of crypto currency. Four years later those terms are in much wider use. However, everyday interaction with the actual technology remains firmly in the hands of early adopters. Even so, few would argue though that these new technologies are here to stay and will form part of our future technology lexicon.

In 2021 another, related new term started to emerge – ‘NFT’. The early uses of NFTs were mainly in proving ownership of digital artwork but the possibilities for use are far wider. In this column we’re going to dive into NFTs, what they are and how they might be used in the Smart Home industry.

But first, some basics…

What is a blockchain?

Put simply, a blockchain is a digital ledger of transactions. It operates much like a paper accounting ledger does in that there’s an opening balance at the top of the page, details of incoming and outgoing transactions running down the page and a closing balance at the end. In a blockchain each page is a data ‘block’ and they link together with cryptography to form a ‘chain’.

Where a blockchain differs from a conventional ledger is in how it is stored and secured. Where conventional ledgers are stored in a single location or by a single company a blockchain consists of duplicate copies of the ledger stored on millions of computers in a network spread across the globe. For a legitimate change or update to be made to the ledger all computers on the network must agree with the change. This makes it almost impossible for fraudulent records to be added or amended without proper authority.

What is a Crypto Currency?

To power a blockchain you need some measure of the value that is owned and transacted between parties. In a traditional ledger this is normally in an agreed currency such as dollars, pounds, or Euros.

The two largest and best known blockchains at the time of writing are Bitcoin and Ethereum. They use their own ‘currencies’ (Bitcoin and Ether) as their respective stores of value. Each unit of currency is called a ‘token’. If you send or receive tokens on these networks, the amount you transact will be measured in either Bitcoin or Ether rather than a traditional currency. These currencies can also be split into small fractions just like a dollar can be split into cents.

While plain old financial transactions on blockchains are relatively simple, there is a great deal more power to be realised if you start to store other information on a blockchain. For example, how do you prove that you are the true owner of a car or a property?

Presently this is different for every country but generally relies on some government agency and diligent record keeping. This may or may not be accurate, legally binding, or secure!
Some blockchains can offer additional technologies such as ‘Smart Contracts’. The Ethereum blockchain uses smart contracts to power automatic transactions that cannot be revoked. This tech might prove especially useful for making loans and other transactions that play out over time. Using smart contracts should make this type of transaction more predictable and add surety for both parties.

What is an NFT?

While crypto currencies are hugely powerful, they have one aspect to their makeup that restricts their use. That is that all tokens in the same blockchain are equal and exchangeable. We call this type of currency a ‘fungible’ asset. Taking a more traditional example, gold is a ‘fungible’ asset. In any gold bar one ounce of gold is the same as another and it really doesn’t matter which one you own as they would be worth the same in terms of financial value. An ounce of gold can also be split into smaller amounts if needed.

But what if we wanted to have a unique asset? For example, what if we wanted to store a piece of digital artwork? Using gold as an example again, one ounce might be worth the same as another but if that ounce of gold were formed into a piece of jewellery it might take on more value. In addition, it’s value would be dependent on it not being splitting it up into smaller pieces. We call this a ‘non-fungible’ asset.

An NTF is a ‘Non-Fungible Token’ and, as such, can be stored on a blockchain but is both unique, cannot be broken up and cannot be duplicated. This makes NFTs ideal for storing ownership rights to digital records in a secure and indisputable way.

Use in the smart home world

The possibilities here are pretty much endless!

For example, anything that needs a password, software license or other proof of ownership could foreseeably be stored as an NFT. This would mean that, should an installer or other part of the supply chain go out of business and their records be compromised, then the ownership of all those licenses etc (registered as NFTs) can still be proven or recalled in seconds by the homeowner.

A new supplier could simply check the homeowners NFT on eth worldwide record and take over support. There can be no disputes or fraud as the NFT records are almost impossible to change without authority.

Another potential use for NFTs is in the ownership of media. With fewer and fewer people owning physical copies of music, movies and TV shows how do you prove that you have the right to play something?

A sound investment that works a treat…