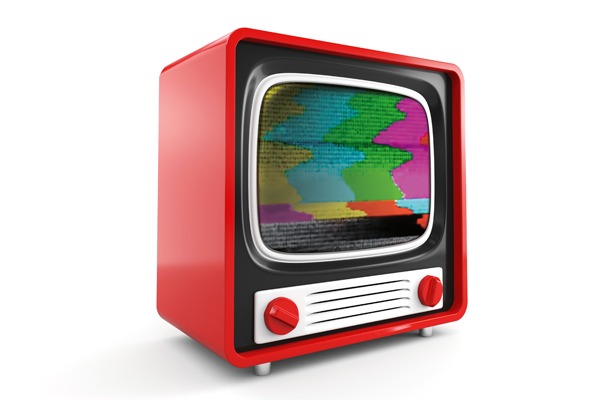 Something revolutionary is about to happen to television viewing in the US. Ian McMurray delves into what’s changing, and what it will mean.

Over here in the UK, the 2018 World Cup was, as you might imagine, quite a big deal. It got even bigger as the England team spectacularly failed to implode, as it has regularly done at major tournaments for as long as most people can remember. Watching England games on the TV was, of course, borderline mandatory.

But for the large majority of viewers, who still rely on their trusty antenna/aerial, the matches weren’t available in 4K/UltraHD resolution with HDR. If you wanted a viewing experience almost as good as being there, you had to watch it on the BBC’s iPlayer online streaming service. Unsurprisingly, the experience wasn’t quite that good, as bandwidth limitations saw a fair amount of buffering and stuttering.

Undeterred, the BBC did the same thing with the 2018 Wimbledon tennis championships. But here – finally – is the point. Broadcasters are still struggling with the whole ‘terrestrial TV vs. internet TV’ discussion, not least because all the technical challenges have not yet been fully overcome. Broadcast and streaming are, today at least, largely two different worlds.

That’s what makes ATSC 3.0 – also known as Next Gen TV – so fascinating. It’s a development by North America’s Advanced Television Systems Committee. ATSC 1.0 represented the transition from analogue NTSC (aka ‘Never The Same Colour…’) to the digital world. An ATSC 2.0 effort was begun but never completed because of the realisation that something much more radical needed to be done.

And ‘radical’ is exactly what ATSC 3.0 is. Commentators have talked about its ‘dramatic’ impact. It is also, perhaps inevitably, controversial.

So: what is ATSC 3.0? Well, at its most basic level, it provides support for all the ‘goodies’ we’re coming to know and love; 4K/UltraHD resolution, the greater colour depth that high dynamic range (HDR) and wide colour gamut bring, the huge improvement that sports programming, for example, receives from high frame rate (HFR), etc. It’s not just video, either. ATSC 3.0 delivers support also for more immersive audio – Dolby AC-4 and MPEG-H 3D. So far, so – relatively – mundane.

But: it gets more interesting. ATSC 3.0 also recognises the growing number of us – well, ‘you’ anyway – who consume content on mobile devices, and makes appropriate provision for that too. (The experts talk about “a more robust modulation scheme”, whatever that means.)

And here’s the ‘radical’ bit. Because the committee believes that pretty much all content-consuming devices are connected to the internet anyway, ATSC 3.0 is planned to be based on internet protocol (IP), the technology that underpins the internet (and almost every other connection known to man). Yes, we’re still talking about an over-the-air system, received by your antenna or aerial or whatever – but in future, Americans will be able to watch live broadcast television on their mobile phones too, once those become available with ATSC 3.0 tuners. (Which is unlikely to make the telco providers happy, if you can now watch your favourite sport for free rather than consuming tons of overpriced data…)

I mentioned earlier, though, that ATSC 3.0 is controversial. Here’s why. First: to work, it will need a new tuner in the receiving box.

The good people at ATSC decided – almost certainly correctly – that their efforts weren’t going to be hampered by considerations of backwards compatibility. What that means, of course, is that all the installed TVs will need to be thrown away and replaced (unless they rely on an external tuner, in which case the expense will be less). On the upside, the FCC – the Federal Communications Committee, the body that controls all this kind of stuff – has said that ATSC 1.0 signals will need to continue to be delivered for at least five years. (We won’t go into the challenges of limited bandwidth supporting two different standards…)

If you thought that was controversial – try this for size. You know how the internet is so clever at remembering what you’ve bought and what you’ve looked at online – and then cunningly sends you ads about those things? (Look, Amazon: I bought that disk drive. Please stop trying to make me buy it again.) Well, guess what? Basing the new broadcast standard on IP technology will allow exactly the same kind of targeted advertising on your TV. There’s an awful lot of people out there who are hugely suspicious of how much is known about us to the outside digital world, and who are hugely resistant to what appears like an invasion of privacy. Thus far, the TV has remained a safe haven. No more, it seems.

I also mentioned earlier that people talk about the ‘dramatic’ impact of an ATSC 3.0 future. That’s because it has the potential to substantially change the business model for broadcasters. So far, their targeted advertising has been based on broad demographics – the kind of people who watch soap operas, for example, or the notion that those who watch TV in the afternoon are prospects for loans at enormously inflated rates of interest. In the future, they’ll be able to target much more precisely – yes, perhaps even down to the individual viewer. (What they’ll also be able to do far more precisely is work out exactly how many people watch any given show, thanks to the web’s return data path, rather than a system like the Nielsen one that can be described as little better than an educated guess.) Delivering a better-characterised audience is of high value to advertisers.

The TV of the future – in the US at least – will be a hybrid kind of thing, a mixture of the old and the new in which we’ll continue to get audio and video just the way we always did (before Netflix, Hulu, Amazon and all the catch-up services, anyway), but we’ll also get the kind of interactive content at which the web is so good mingled in with it.

So: why should we care about ATSC 3.0 – if at all? The first thing to say is that ATSC 3.0 is envisioned only for the American (and South Korean) markets. Well, for now at least. In terms of our practical, day-to-day reality outside of the US and Canada, nothing is likely to change any time soon. (Nothing will change in the near future in the US either, as ATSC 3.0-compatible TVs are unlikely to be available till the turn of 2020/2021 at the earliest.) But: it would take a braver man than me to say it will never have an impact east of New York or west of Los Angeles.

What’s interesting is how ATSC 3.0 is yet another example of what looks like the increasing IP-ification of everything. We’ve seen its progressive incursion into the AV industry – and now this. Is there nothing you can’t do with IP?

What’s more interesting is the philosophical aspect of it all. For many, broadcast over-the-air television now seems something of an anachronism. It’s something our parents did, and their parents. Who still watches so-called ‘linear TV’ in which the schedule is all-determining? Increasing numbers of us – and especially the young – stream the large majority of the content we consume, and do so in a non-linear fashion.

In fact, that raises another question about ATSC 3.0. Why bother? It’s a huge amount of effort to go to make things better for what is, by all accounts, a declining audience. The future of content consumption is via the internet – isn’t it?

It’s going to be fascinating to see how the next few years play out – and how we in the UK will be watching the World Cup in 2022 as England (assuming we qualify) inevitably, once again snatch defeat from the jaws of victory.

Secure your business with Kwikset