Tuning up a sound salvage job 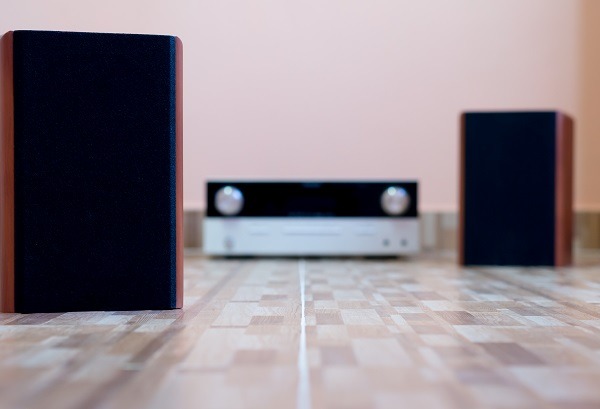 Sometimes, your work space leaves a lot to be desired. Anthony Grimani outlines how EQ and tuning can make a world of difference on a 2-channel system.

A few months ago, we were engaged by an integration firm to turn a basement space into a dedicated home cinema. My company conducted the engineering, supplied a set of made-to-order loudspeakers, and tuned the room.

Some time later, the client reached out to say how much she liked the new cinema and wondered what we could do to improve the high-end 2-channel system upstairs, which was now leaving her underwhelmed.

This room was a familiar story: fairly large, hard reflective surfaces, finely furnished with things that didn’t provide damping, a reflection decay time of 1-2 seconds, and no aesthetic opportunity to do anything about acoustics. Her previous integrator had installed the audiophile equipment with a price tag of over AUS $130,000 with no acoustical control and no specific tuning.

Predictably, the system sounded rather awful; the large, untreated space wreaked havoc on the spectral balance and stereo imaging of the two Italian-made floor standing speakers.

In times past, I probably would have declined this project because I couldn’t use the acoustical treatment necessary to do the job right. However, because this was a great client, I made a deal with her: I couldn’t promise anything, but I’d been working on some special EQ and tuning techniques for systems like this one. If she would pay for some minor equipment changes and my time, I would try – no promises – to make things better. She agreed.

When all was said and done, the improvement was marked. She noticed it all on her own and she was enchanted with the result. She even spent a good hour listening through all the 2-channel audiophile tracks I use to verify and tune systems! So, how did we pull this off with  just EQ and tuning? There are three key aspects I want to highlight.

The first one is speaker placement. I often see speakers pushed out to a corner, up against a wall, behind a chair, or other obvious errors. I also often see them at different distances from the listener. Do as much proper positioning as you can, while checking with the customer if repositioning is aesthetically acceptable. The rules are pretty typical here. Keep speakers at least 60 to 90 cm away from walls or corners, aim them towards the listening area, making sure that their coverage lights up all the seat position, and if possible, decouple the speakers from the floor by using some vibration damping material.

The second step is managing the spectral balance of the direct and decaying sound field. Some speakers just have a bad direct sound response, and you can correct that with straightforward equalisation techniques. However, just like the direct sound from the speaker has a frequency response (it’s what you may see on the spec sheet), so does the reflection sound field. It is different from the direct because it has been influenced by the room. Without acoustical treatments it isn’t possible to EQ just the reflection field without affecting the direct response of the speaker. So, what do you do?

The trick is to tailor the target curve to subtly compensate for the irregularities in the decaying sound field. You start by capturing what is called “Impulse Response” data at the main seat positions from each one of the speakers. With impulse responses you can process a measurement time window and look at the initial “direct response” or you can go all the way up in time to look at what happens over three seconds of time. You can also look at the character of the speaker and room’s sound reflection decay response.

The human hearing system listens for a varying portion of each of these, depending on frequency and time between them. In a large, live room, the most common result I see is longer decay time in the midrange compared to bass and treble – and there are physical reasons why. Air absorbs high frequencies more, and the bass energy is dissipated in the vast open spaces that usually adjoin large living rooms in high-end residences.

Tuning the Speaker and Room response is an interactive process of tweaking to compensate for the uneven reflection decay. It is not as simple as flattening the steady-state response of the system with an equaliser, based on the measurements from a real time analyser. Your ear doesn’t sum direct and decaying sound that way. The correct curve is somewhere between flat on the direct sound and a downward tilting line on an RTA. You have to find it by the right measurements and by feel. From your Impulse Response measurements, compare the direct field, the mid-field, and the far-field. Look at the various data curves as they extend in time, and also look at the reflection decay data.

Then EQ, listen to pink noise on good ear buds, listen to pink noise through the speakers, listen to program material. Rinse and repeat. As we’ve come to expect, the overall shape of the measured curve will be a gradual slope down from bass to treble. The signal correction curve in the EQ will often feature a depression in the midrange that you wouldn’t usually find in the curve of well-damped rooms. This is to compensate for the longer decay time I mentioned above.

The third aspect is a bit more complicated. It has to do with spatial hearing. We know that phantom images in stereo reproduction systems is the complex result of phase and amplitude response from two speakers playing the same thing at the same time, which is interpreted by our brains as sound coming from points in space where it isn’t. We also know that pin-point imaging usually doesn’t work in large, live rooms because of the long decay times, and all the weird phase stuff in the decaying field. Thankfully, there’s actually something you can do about that, but you’ll need a tool called an “all-pass filter.”

Unlike the more common peaking, low-pass, and high-pass filters found in crossovers and equalisers, all-pass filters don’t change the amplitude response of the signal at all – just the phase. While very rare in consumer audio, they’re common in professional audio DSP processing units that handle the usual smorgasbord of EQ, delay, level, and crossover functions.

You’ll want to adjust the centre frequency and bandwidth of the all-pass filter so that it affects the specific frequency range where phase issues are messing with the imaging. The most effective method I’ve used so far is to invert the polarity of one speaker, listen to pink noise out of both speakers, and work on any frequencies that are still imaging to the centre.

By inverting the polarity of one speaker, everything should be out-of-phase, forming a large, anomalous “fog” of sound outside the speakers. Nothing should remain in the centre. If it does, something about the room-speaker interaction is inverting phase in that particular frequency region. It will clearly stand out against the rest of the out-of-phase sonic space. That’s where you go to work with your all-pass filter. Knock the phase of that frequency range around until it dissipates into the fog. Then, when you flip the inverted speaker back to the correct polarity, instead of everything being out-of-phase, everything will be in-phase.

Just for fun, you can click the all-pass filter in and out, and notice how much tighter the centre imaging becomes. I am convinced that most customers relish hearing that sense of spatial realism; probably much more in fact than the corrected spectral balance!

So, let’s talk equipment. In the above project, we swapped out the audiophile amps for some high-quality professional grade Powersoft digital amps that include  DSP processing with EQ and all-pass filters. I’d like to give them a shout-out, while also being clear that they are not the only game in town. Look at them to see the type of product you need, and then source it from the manufacturer that works best for you. Naturally, you’ll also need a good manual acoustical measurement system. You can’t do this with Audyssey or Dirac Live. I use the REW application, which is amazingly powerful, especially when you find out that the download is free; they just ask for a donation. Please send them at least $50 for their tireless work, more if you can afford it!

Please, do not interpret what I’ve said here as permission to abandon acoustical treatments! I don’t want to hear anyone say: “Anthony told us it was OK to not treat the room and just EQ!” The stuff here is for already bad situations that you’re trying to salvage. It is built on an understanding with the client that you’re not promising a perfect fix; you’ll do the best you can. At the end of the day, you’re trying to make it “less bad,” which is also “more good”!