The secret route through an ISP router 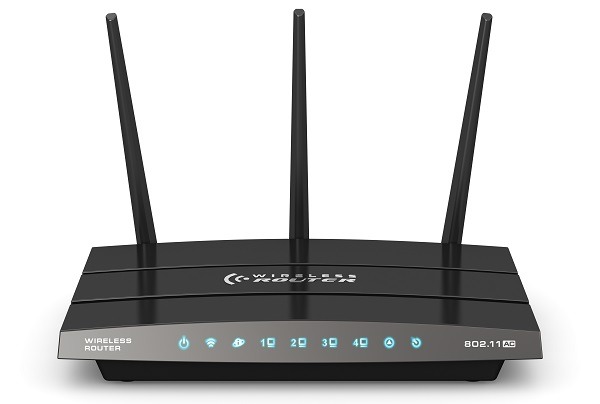 There are numerous reasons to install your own wireless router, but it’s not always possible. Geoff Meads talks through the process of using a ‘Double NAT’.

But what if you can’t replace the ISP router? What if the ISPs service contract forbids it or their service simply won’t work without it? Furthermore, what if, as has happened to with my ISP recently, the landline phone becomes tied to the presence of the ISPs router? Is there an alternative strategy that can deliver what we need?

There is an answer. It’s called ‘Double NAT’ and it really is rather simple…

NAT or ‘Network Address Translation’ is the process that happens when data packets are passed between two different networks. This is most common when you send a request to the Internet (the Wide Area Network or ‘WAN’) from inside your Local Area Network or ‘LAN’.

Routers need to know which direction to send messages, either inside the LAN or outside to the WAN. The router makes this decision based on two things: the destination IP for the message and the Subnet Mask of the network. The Subnet Mask tells the router the scope of LAN IP addresses and with this the router knows if the destination IP is inside the LAN or outside on the WAN. It then sends the message toward the right destination as appropriate.

One of the guiding principles of IP networks is that two separate but adjacent connected networks must have a different IP address scope. Thus, you cannot have a LAN network with an IP range of 192.168.1.x/24 on one side of a router and a WAN network with the same range on the other side. It’s for this reason that the IP protocol keeps three ranges of IP addresses back for LAN only use (10.x.x.x, 172.16.x.x to 172.32.x.x and 192.168.x.x).

While that arrangement suits most LAN networks you could also need two LAN networks connected, especially in a corporate network. This is fine as long as they have separate IP scopes. To achieve this, we use two ‘stacked’ routers and change the third octet of the IP address range for the second LAN so they work happily together. We call this ‘Double NAT’.

This is also how the wider Internet works, as a series of smaller connected networks.

Why Not Simply Replace the Router?

At first glance the Double NAT solution looks like adding extra complexity for no gain. However, there are plenty of occasions where this delivers a huge advantage in that it keeps the ISP supplied router as the one that ‘faces’ the WAN.

The first reason to do this is one of service and support. If (or when) Internet service to the house fails, the supplying ISP’s service department will expect their router to be the one connected before they will provide support.

Next, reliability. ISP supplied routers are made down to a very low cost. They do not have many of the advanced features we might want and fail much more regularly due to low build cost / quality. The next concern is one of security. While IP supplied routers are good to a point, there are far better solutions out there. The final reason is features. Remote access using VPNs and network segmentation using vLANs are not easily possible using just an ISP router.

Adding a router of your own ‘behind’ the ISP router in a double NAT configuration allows you to overcome many of the above issues. vLANs can be setup using more advanced routers to allow more control, traffic management or security between segments of a LAN.  More advanced firewalls can be configured in a better router for greater protection from network intruders and improved control of traffic. In addition, using some extra configuration on the ISP router, VPN connections can be made to the secondary router so that it can offer a safe way ‘inside’ the LAN to configure host devices, monitor performance and even perform software updates without visiting the site.

The disadvantages of such a scheme lie mainly in the advanced levels of configuration. A double NAT system, by definition, uses two routers and that is more complex to understand for service personnel. In addition, if either router should fail then it becomes super important that the config files were already downloaded such that a replacement router can be up and running as quickly as possible. Finally, the ISP router is still being used, albeit for just Internet bound traffic and that may be a reliability concern.

So, what have we achieved with a double NAT system? Well, the ISP will be happy because their router is still in place, and they will provide front line support should their service go down. The customer is happy because you can provide them with better service, remote support, and a more stable and secure network. Finally, the installer is happy as they get more flexible network with better equipment and features.