Features
Home›Features›The lay of the lan

The lay of the lan 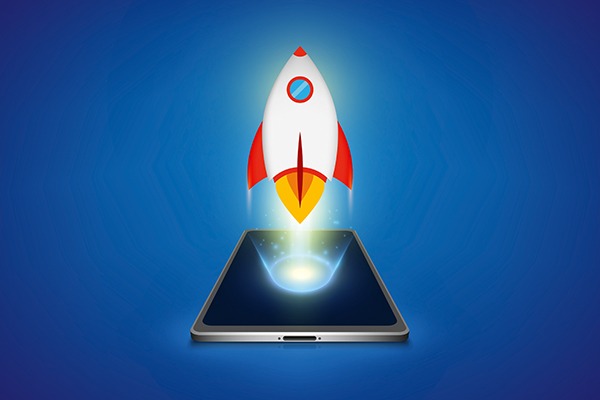 With 5G right around the corner, Geoff Meads looks at whether or not the next generation of wireless technologies will kill the LAN.

You’d have to have been hidden under a rock for the past two years to have not heard about the incoming 5G data network technology. 5G is a big deal, so much so that even about who’s developing the core technologies and what that might mean for the cyber security of nations.

At first glance 5G could be seen as the next logical development for mobile data, but 5G is designed to be much more than that.

Historically, ‘2G’ was the first protocol to bring digital service to our phones. 3G brought the internet to phones and, arguably, the term ‘smart phone’ came into being at this point too. 4G brought streaming to our phones and, in some territories much better coverage thanks to lower carrier frequencies.

So, what does 5G promise? Well faster data to your phone of course, but that’s just the start of it…

Stepping back for a moment, just how does 5G work? Well, just like existing mobile networks a 5G network will consist of a series of geographical ‘cells’, each with its own wireless transceiver. Each cell is connected back to a central network over wires or fibre optic cables.

Again, like existing phone networks, the 5G band will consist of multiple channels, each able to sustain simultaneous conversations. 5G is different though in that it will use much wider channels (up to 100MHz bandwidth) for faster communication.

Physical cell size will be smaller. One of the key factors controlling speed over a wireless network is proximity of the mobile device to the cell transceiver to the mast and, therefore, achieve faster speeds. Those who have designed the 5G system are aiming for 20Gbps download, a huge improvement over 4G and a big
improvement over most landline ISPs.

When we say ‘speed’ we generally mean the number of bits per second that can be sent from the mast to the device or vice versa. However, there is another dimension here – latency. In simple terms latency is the systemic delay between the time when a request for data is made and when the response starts to be received. 5G systems are aiming for <1ms latency, again far lower than 4G and even wired WAN connections. This will mean a far more ‘instantaneous’ feel to data delivery.

With the above in mind it’s perhaps obvious that 5G is designed to deliver data to a wider audience than just mobile phones. The ultra-low latency targets are, in part, thanks to the demands of autonomous vehicles. If a driverless car must talk to other devices to make a crash/no crash decision, then clearly that conversation needs to happen fast.

Close to the edge

The word ‘Cloud’ has found its way into the public lexicon in recent years. Everything we do seems to be either stored, processed or delivering our search results,
status updates and media streams.

For these types of services, the relatively slow delivery of data is perfectly acceptable. You’re hardly going to notice a difference of a few milliseconds one way or another when starting your chosen episode of Game of Thrones. But if you’re an autonomous vehicle heading straight for a brick wall those few milliseconds might make a life or death difference…

Enter ‘edge computing’. Put simply, edge computing moves some processing and storage power out of the data centres and pushes it much closer to the user. In some cases, this might be as close as the base of the cell phone tower closest to the consuming device. This move means a much, much faster response time, maximising the chances of a timely decision. All this tech is built into the 5G infrastructure.

Of course, you never get ‘something for nothing’ and 5G will bring a couple of downsides.

To get maximum data rate 5G will need, in some cases, to push carrier frequencies up as high at 60GHz. This band is often referred to as ‘millimetre waves’ named after the tiny wavelengths of such high frequencies.

While these ultra-high frequency carriers can carry huge amounts of data per second, they do have a downside… they don’t travel far. Think ‘line of sight’ and you won’t be far wrong. Unless you’re outside, you better be thinking of an access point per room.

5G and the LAN

One of the most interesting aspects of 5G for custom installers is the very high speeds that could be wirelessly delivered to, and around the home. Some commentators have been so bold as to say that 5G will remove the need for a LAN. Rather, all devices will connect directly to the internet via 5G and it will all be one big network. This was, in many ways, the dream of the Internet of Things. Before this can happen though there are a huge pile of security issues to overcome.

While the ultra-high frequency 60GHz transmissions are unlikely to be useful in the home (they won’t go through walls, at all). What we may see happen is that 5G becomes the carrier of the Internet to the roof of the home with a wired connection taking that signal into the house and on to a conventional LAN. Or  something like that…

It ain’t over till…

All this is, of course, dependant on licensing from local broadcast authorities. Finding space in the spectrum for any new broadcasts is, at best, hard work and every territory has its own challenges. Just what frequency you’ll see local 5G broadcasts on is still in debate. The 60GHz spectrum is currently unused but limited without huge deployment of small or ‘micro’ cells. For areas with large, sparsely populated geography it may be a non-starter. For cities though, it could
change everything.