The internet: Origins and evolution 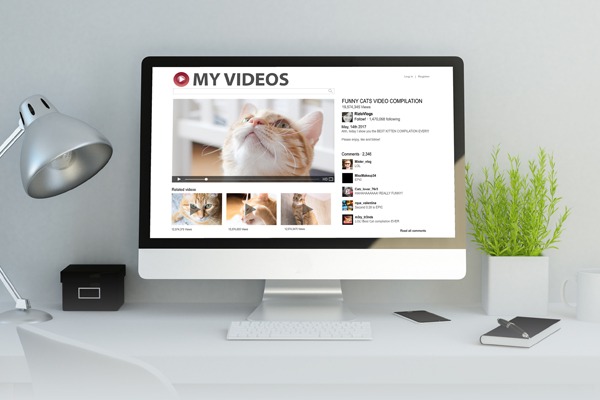 As we transition from internet version 4 (IPv4) to IPv6, have you ever wondered what happened to versions 1, 2, 3 and 5? And what’s next? Understanding the evolution and direction of the internet and how we use it will help technology integrators to design future-readiness into clients’ projects. David Meyer provides some insight.

Back in 2017, I wrote a short blog on the CEDIA Community member’s forum about the origins of networking.

It read: “In 1973, Robert Metcalfe from New York devised a system of joining multiple endpoint devices on a network and drew it out as a memo (see Figure 1). The nowhere-in-particular field between the controller and the endpoints he referred to as ‘The Ether’. The resulting network was then called Ethernet.”

The next step was to allow the connection of multiple networks together; called an ‘internetwork’, shortened simply to ‘internet’. This was also conceived in 1973 — by other folks — and the original internet specification followed in 1974 as RFC 675. We can identify this as Internet Protocol version 1 (IPv1), specifying Transmission Control Program (TCP).

TCP version 2 (IPv2) was published in March 1977, simplifying header formats and resynchronisation and adding the first elements of security, among other things. However, in August of that year Jon Postel of the Information Sciences Institute (ISI), University of Southern California, candidly wrote: “We are screwing up in our design of internet protocols by violating the principle of layering.”. This led to TCP and IP being split and handled on separate layers, resulting in internet version 3 (IPv3) in January 1978. However, IPv3 lacked stability, which was in turn addressed in a series of releases which culminated in RFC 793 spec in September 1981. This became version 4, or IPv4, which is the basis of the internet to date. A bunch of other complementary publications started to shape the internet as we know it, such as the definition of 32-bit (4-octet) IP addresses in specification RFC 820, January 1983, and the Domain Name System (DNS) in RFC 1034, November 1987.

Much of this work was conducted for a branch of the US government’s Department of Defense (DOD) called the Advanced Research Projects Agency (ARPA). That’s why some documents have DOD referring to the early internet as ‘ARPANET’. It was during the 1980s that ARPA and DOD were referenced less in these specs, and the internet went on to shape our broader world.

In 1990 it was identified that there was potential for the internet to be used for voice applications, well before the conception of VoIP. This also encapsulated streaming low-res video in packetised form, leading to a new proposal — RFC 1190, known as IPv5 in October 1990. But with the invention of the router, plus constant improvements in IP addressing, traffic routing and bandwidth, IPv4 ended up being able to do what IPv5 was envisioned for, so IPv5 was made redundant and IPv4 prevailed.

By 1995 the internet community was growing rapidly, and clearly well beyond the original DOD or educational applications for which it was seeded. It became evident that the world would outgrow the near 4.3 billion possible IP addresses that is the main limiting factor of IPv4. To resolve this, a new 128-bit hex-based addressing scheme was defined in RFC 1883, named in the document as IPv6. This enables 2128, or 340,282,366,920,938,463,463,374,607,431,768,211,456 IP addresses. This mind-bending number equates to approximately 48 billion IP addresses for every living human atom on earth.

While the ‘90s visionaries behind IPv6 may not have foreseen the proliferation of mobile data, our obsession with video and social media in the palms of our hands, or the vastly growing Internet of Things (IoT) and its mass sensorisation, they nevertheless did lay a big enough foundation to accommodate all of this. The scale of their vision is greatly appreciated, and it surely won’t become redundant anytime soon.

Along with this evolution of the internet is how we use it. The following stats really highlight some remarkable current trends;

Now depending on where you live, you might be thinking “yeah, if only I could get some decent speed”. I’m personally fortunate enough to be one of the good news stories with Australia’s National Broadband Network (NBN), regularly achieving 94Mbps downstream, 38Mbps up even at peak times. That doesn’t come close to inhibiting anything I currently want to do, including video streaming and my sons’ online gaming activities. Happy customer. But all-too-often I talk to people who are still limping by with sub-10Mbps connections with high latency and low reliability. At the other end of the spectrum are the several gigabit Google Fibre cities in the US, though the future of that program is unclear. Consistency is not good.

Newer technologies are promising faster speeds, more simultaneous connections, higher density and lower latency, all of which are required to empower the IoT and attempt to satiate our voracious appetite for online video. We talked about 5G mobile in a previous issue of this mag, considering how it could make our NBN blush in its capability, but the spec is still evolving. In other news, Elon Musk’s SpaceX is planning to send a whopping 12,000 satellites into low earth orbit (LEO) or ultra-low earth orbit (ULEO), to provide wireless internet access around the globe. This could reasonably be the feed for a multitude of microcell 5G transmitters. We’ll have to wait and see, but there’s no denying it’s a huge vision.

Looking into the home, what does this evolution of the internet mean for infrastructure cabling and WiFi? There seems to be an inevitable push towards 10-gigabit ethernet (10GbE), especially from parties like SDVoE and their approach to AV-over-IP. At the Enterprise level, 10GbE is now in decline as old tech, 25G and 40G are the new normal, 100Gbps is the premium option and 400G is in development. This means optical fibre, of course. Does that mean that we should finally make 1GbE redundant, given that spec quietly celebrates its 20th birthday this year? In my opinion, nope, not yet.

If the best we can get for the foreseeable future is a 100Mbps internet connection to the home, then 1GbE has loads of headroom for internet access and video streaming. But there’s already some noise about next-gen WiFi, referenced in the technical specification 802.11ax, marketed by the WiFi Alliance quite simply as WiFi 6. Real-world throughput per device will probably be one-point-something gigabit speeds, so not that much faster than the theoretical top end of 802.11ac (WiFi 5). The difference is the number of connections, and corresponding speed. Connect two or more devices to a WiFi 5 network and you’ll see speeds drop off per device as bandwidth is shared. WiFi 6 will be able to connect several devices without compromising speed per device, but that means it will need a faster network to feed it.

This is probably the most compelling use-case for 10GbE, though the pragmatist in me says that with an internet connection limited to 100Mbps, and Netflix requiring 25Mbps of that to get its top-end 4K HDR content, do you need gigabit to multiple devices? Probably not… yet.

My advice to integrators is two-fold. First, to quote CEDIA trainer Geoff Meads, “if it doesn’t move, plug it in”. That means continuing to pull cable, which I know you’re already doing plenty of. To provide an upgrade path to 10GbE, Category 6 is acceptable for runs up to 50m. For runs over 50m step it up to Cat 6A, particularly to empower AV-over-IP and the coming WiFi 6 wireless access points (WAPs).

The internet is pervasive, and we are certainly living up to our label of ‘consumers’. Having some understanding of the origins and directions of the internet and its use will help in making your projects as future ready as possible. Oh, and enjoy those cat videos.

Many of the early networking proposals and specifications were published as ‘Request for Comments’ (RFC) documents, which became the standard prefix for internet standards and remains so to this day. For those interested, you can browse current and historical internet standards at https://www.rfc-editor.org/, sponsored by the Internet Society.

Don’t have an eagerness to fail