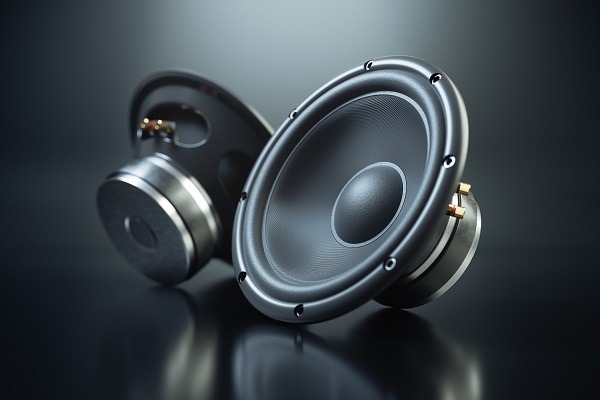 Great sound systems are only as good as the environment they exist in. Anthony Grimani talks through equalisation and how it marries both components together.

Equalisation, room correction, speaker voicing, anechoic EQ…these are all terms that get thrown around a lot. But what do they mean? Are they different ways of saying the same thing? Most importantly, is any of this really something you need to care about for your business? Let’s find out.

Equalisation is a broad term that refers to any change made to the audio signal to alter the frequency response produced by the sound system. You can make such changes just for preference – such as adding more bass or treble.

However, what should grab your interest as an integrator is resolving deviations from the desired frequency response target curve. These deviations fall into two main categories: those caused by the room and; those caused by the speakers. EQ that targets the former is called “room correction”, while EQ for the latter is known as “anechoic EQ” – so called because it is based on measurements done in a controlled or reflection-free environment.

Room-induced errors can, themselves, be divided into two main categories. The first is narrowband errors that are generally caused by standing waves or SBIR. If you’re not familiar with these, Google them. Both occur below about 200 Hz, and most people agree that EQ is a great way to deal with them – as long as you don’t apply very narrow boosts to try to “fill in” dips. These are best dealt with in other ways, such as speaker positioning or acoustical treatments.

The second type of room-induced error is broadband spectral shifts. These occur because the room has different decay times at different frequencies. After sound leaves the speakers, it bounces around the room. Some frequencies do this longer than others. The ones that stick around cause a spectral shift or emphasis in that range. Ideally, you’d handle this by acoustically treating the room to even out the decay times. However, it requires a lot of complicated computation to pull off even when you have complete control over the acoustics.

I’m going to ruffle a few feathers among some of my colleagues by saying that EQ can indirectly be used to fix decay-related spectral shifts. A popular school of thought is that really good speakers don’t need EQ above 500 Hz, because the speaker dominates the response. I have to partially disagree with this based on the sheer number of really good speakers that I’ve witnessed be negatively impacted by a room’s acoustic thumbprint.

EQ correction to compensate for decay is a pretty new and radical field where not a lot is known. You have to make specific changes to the range(s) where the decay time is longer.

Now let’s look at errors caused by the speakers. It may seem like the best way to resolve these is to get a better speaker, but it’s not always that simple. Here are two different scenarios.

First, all samples of the same speaker model aren’t the same. We recently encountered a model from a very good brand that prides itself on proper engineering where the frequency response of one sample differed from another by 1.5 dB from 4-20 kHz. While 1.5 dB may not sound like a big deviation, it represents a huge amount of energy over such a wide range. One speaker was audibly brighter than the other. QC issues like these are way more common than the industry likes to admit, and you and your speaker vendor will quickly tire of you playing the speaker lottery looking for samples that match. This is one type of speaker error that is in fact easier to address with EQ.

Any electrical change you make with EQ is going to affect both axial and sound power equally. Therefore, in order to correct a speaker error, it needs to show up the same way in both – meaning that, somewhat paradoxically, a speaker that has poor axial and the same poor sound power is actually better than a speaker with good axial and poor sound power. The first type of speaker may potentially be fixed with EQ; the second can never be fixed, because you always make axial worse while you make power better.

Unfortunately, data supplied by consumer speaker companies usually omits any reference to sound power, because it’s not well understood by integrators. It used to be difficult for speaker companies to generate sound power data, but recent advancements in measurement technology really leave them without excuse. In fact, there are some well-informed enthusiasts out there who have the necessary equipment and publish power data on public forums as a service to the community.

There is an effort afoot at CEDIA to encourage speaker companies to publish more complete data on their speakers, and you can help out by making your own inquiries. Do not let them convince you such data is unnecessary or hard for them to provide. It’s not. Not anymore.

Some speaker companies claim to make corrections to their speakers for you using accompanying amplifiers or DSP. While this is a nice thought, I’ve sometimes found the corrections to be inadequate (perhaps due to speaker QC). My advice is to approach built-in correction a bit sceptically until you’ve verified that it works as advertised for your sample(s) of a speaker.

So, wrapping up, do you need EQ? Yes. Do you need it above 200 Hz? Yes. You may not want to EQ your really good speakers, but there are unavoidable circumstances that may dictate it.

One last question, which is too involved to address here: is all EQ the same? No.

Different EQ filter types change phase response as well as frequency response, and some phase changes (or lack thereof) may be better suited to correcting some issues. This is another complex topic where research is still ongoing.  I’d encourage you to look into it, but carefully…