High end performance for an entry-level price… that is the dream of most integrators. Stephen Dawson looks at one offering from Klipsch that may just live up to the hype.

A few months ago we looked at a pair of installation speakers from Klipsch’s premium range. Fine they were, too, and surprisingly reasonable in price. But even more reasonable in price is Klipsch’s Designer Series range. From this range I’m looking at – rather, listening to – the DS-160CDT in-ceiling speakers.

At first these speakers seem utterly conventional. Each has a 165mm polypropylene woofer, fronted by a 25.4mm silk dome tweeter. At first…

The tweeter is given Klipsch’s customary treatment, which is to say that it’s mounted in a proprietary Tractrix horn. That increases the efficiency of the speaker beyond the norm. The horn is not very deep, so it doesn’t get the astonishing 96dB efficiency of the early Klipsch speakers we reviewed. But it does pull in a claimed 91dB (for a 1W input, measured at 1m). If true, that means it’s getting about twice as much acoustic work done for each watt of input as the typical speaker.

The tweeter is on a swivel so it can be directed in the optimal position once the speaker is mounted in the ceiling.

Where things get a little unusual relates to the ‘loudspeaker’ symbols marked on the ABS body of the loudspeaker assembly. There’s one on one edge, and one on the opposite edge. The manual illustrates these and has a cryptic diagram in which these point towards ears. I was bemused.

But close examination revealed something surprising. Not only does the tweeter swivel, but so does the woofer. Not fully. It is hinged at the two points 90° opposite to those symbols. So if you’re planning on using this ability to ‘aim’ the larger speaker driver, you should be careful as to how you orientate the speaker within its hole.

It’s from this and the tweeter swivelling capability that the ‘CDT’ is appended to the model name. That stands for ‘Controlled Dispersion Technology’. The net result of these is that the drivers can be aimed by up to 15°.

There’s an additional ring around the main driver, with a foam pad around which allows a reasonable seal to be maintained through its movement.

Is it important for the woofer to be aimed? Isn’t it only the treble which is directional?

In fact, audio directionality is more complicated than that. It has to do with the relationship between the wavelength and the size of the transducer. The shorter the wavelength (that is, higher the frequency) compared to the speaker cone, the more directional the sound. With a two-way speaker system, the higher frequencies produced by the bass/midrange do generally tend to be quite directional. It certainly seems like this is a useful capability.

There’s a fully developed, five-component crossover network on the back of each speaker, ensuring that the drivers get appropriately filtered signals. There are no level trim controls. The connections are by means of relatively cheap plastic spring clips.

The white grille is magnetically secured and is paintable. It covers the entire face of speaker, making it about as inconspicuous as a speaker can be.

A note on the physical characteristics of these speakers. Normally when I’m doing these reviews, I just copy the basic specifications from the manufacturer’s manual or website. Occasionally, though, something doesn’t seem quite right. Klipsch specifies these speakers as having a weight of 3.18kg. But they sure didn’t feel like that. According to my scales they each weigh 1.493kg, and those scales usually measure a few grams over. 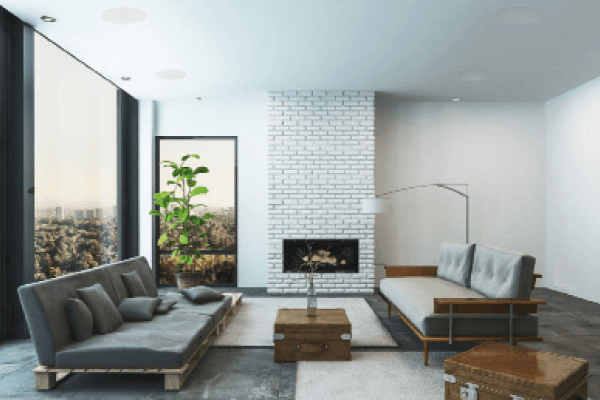 The speakers lend themselves to front-of-panel installation. A cardboard hole template is provided with each speaker. Once the hole is cut and the cables pulled through and connected to the spring clips, a speaker can be pushed back into the hole and secured easily using the ‘patent-pending Skyhook tool-free installation system’. Unlike many such systems, there’s no need for a power screwdriver. Each of the four clamps requires just a quarter turn. That releases the clamp, which is pressed firmly against the ceiling panel by a strong spring.

The panel needs to be at least 6-7mm thick for the clamps to establish a good grip. The clamps can be released with equal ease by reversing the process.

As always with installation speakers and the fact that we’re now just about 20 years into the current millennium, it’s a reasonable assumption that some kind of automatic EQ system will be applied in home theatre installations. These speakers would most likely be used for the height channels in a Dolby Atmos/DTS:X system, but their ‘aim-able’ nature could permit them to be used for some of the other channels.

I did all my listening with no EQ, though, and I can report that they’d also serve well for delivering multi-room audio. Their music performance, perhaps apart from deep bass, was remarkably good.

I happened to be on an Electric Light Orchestra kick when I was using these speakers. These Klipsch speakers, in my lousy enclosure, did a remarkable job on bringing the music to life as I went through A New World Record, Face the Music, and ELO 2. The more prog-rock elements of ELO 2 were highlights of these speakers, with an excellent dynamism. The quite intense drumming on Roll Over Beethoven jumped through the sound mix. There was a lot of true high fidelity in these speakers.

Importantly, the ELO string elements were delivered smoothly. The overall tonal balance seemed slightly bass-forwards compared to many installation speakers. That lent credibility to the rhythm section of ELO and other rock groups. But as I mentioned, final tonal balance is going to depend on the digital calibration of the whole system.

There wasn’t all that much in the way of kick drums, which isn’t surprising but the tom toms were delivered with full body, and that characteristic dynamism.

With harder rock material the speakers proved able to deliver satisfyingly high levels. They will have no trouble delivering suitable levels in a typical home theatre installation. 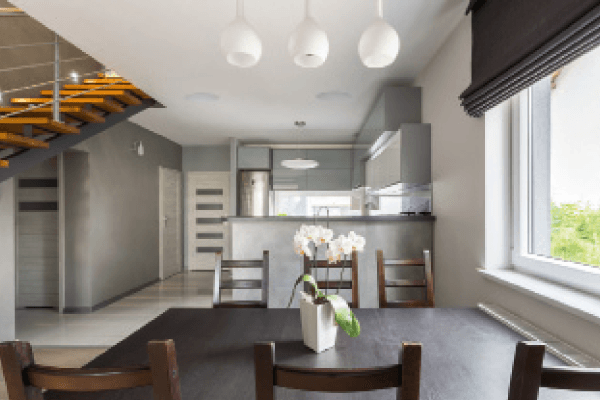 Using my fairly challenging 500 to 2,000Hz bandwidth-limited pink noise test, the speakers returned a sensitivity of around 90.5 to 91dB, close enough to specification. They really do give quite a bit of output for the available input power.

As for bass output, I put my measurement microphone near the cone and fed the speaker with a quite a bit of pink noise. Recording the result, it was clear that the speakers easily met the 77Hz bottom end specification. I measured a -3dB point of 57Hz, rather than 77Hz, which isn’t to say that you should use that as a crossover. Given the inadequacies of gyprock as a high-performance loudspeaker baffle, I’d always be inclined to use 100Hz or 120Hz as the bass crossover.

Measured out at a metre, to overall tonal balance was very even from 60Hz, out to 20,000Hz.

It seems to me that the Klipsch DS-160CDT speaker deliver respectable performance for a very reasonable price.

Giving a voice to your entire team