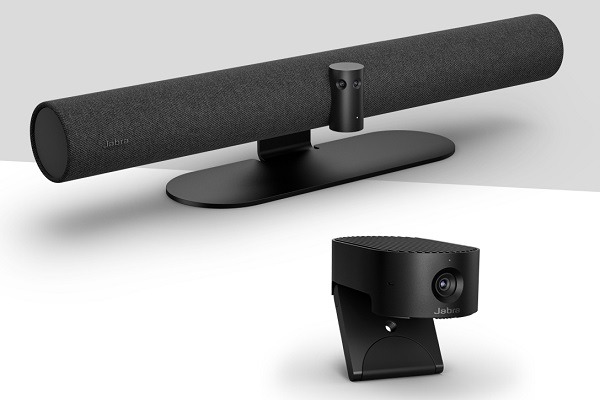 Since the beginning of the global pandemic, Jabra says it has seen a significant increase in video usage as we work more in distributed teams – with 66% of office workers using either a stand-alone webcam or built-in PC camera pre-COVID, and now 86% of home workers doing the same.

PanaCast 50 addresses this by offering a plug-and-play solution to deliver the most immersive and engaging video experience available on the market today.

As the ‘director’ of a hybrid workspace, it intelligently adjusts the video stream to follow the action in a meeting. The Virtual Director feature uses both AI-based video and audio streams, as well as Jabra’s proprietary AI algorithms, to automatically adjust the frame according to what’s happening in the meeting.

It also boasts three 13-megapixel cameras mounted in a high-precision multi-camera array create an immersive 180° field of view in Panoramic-4K that covers the whole room.

In addition to dual video streams, the PanaCast 50 also delivers an independent always-180° data stream which provides anonymous people count meta-data as real-time numerical information. Because of its 180° field-of-view, PanaCast 50 can achieve 100% coverage of the meeting room and provides the best opportunity to count everybody in the room. This information is anonymous as the device simply counts people; it doesn’t recognize them.

It also comes with eight beamforming microphones with precision voice detection which are supported by algorithms that remove disruptive noise.

Register now for the opportunity to become ...