FeaturesNetworking
Home›Features›IPV6 – what is it and where is it? – Part I 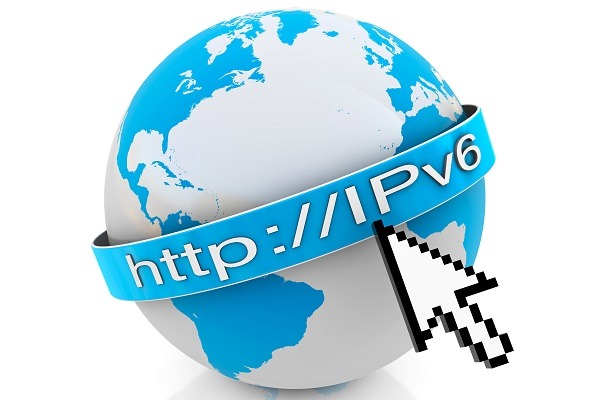 Hot property tends to move fast and IP addresses have been all the rage for quite a while. Geoff Meads explores the evolution of IPV6 and limitless possibilities.

Go back 17 years or so and you’ll find the announcement of a new version of the IP (Internet Protocol) addressing scheme. For clarity, an IP address operates at layer three of the Object Systems Interconnection (OSI) model and identifies a network host within the context of the network it is currently connected to.

Today we have tens of billions of devices connected to the Internet, all working (mostly) just fine. So why do we need something new?

The answer is in the maximum number of possible IP addresses. In short, we’ve run out!

When the current IPv4 format was first conceived (approximately 1981) the Internet we have today could barely have been imagined. At that point the ‘new’ IPv4 scheme promised 4,294,967,296 addresses or a little under 4.3 billion. Back then, the thought that one day there might be more connected devices than that would have been thought ludicrous. Fast forward 15 years or so and that number was already looking woefully inadequate.

So, in 2006 the IPv6 scheme was launched and the number of possible IP addresses grew beyond all comprehension.

The actual number of possible IP addresses in an addressing scheme is derived from the number of binary bits each address contains. Let’s look at a typical IPv4 address:

Now let’s look at an IPv6 address in comparison:

Even at first glance we can see a couple of clear differences between an IPv6 address and it’s IPv4 predecessor:

Extracting this to binary, an IPv6 address has 128 binary bits rather than the 32 of an IPv4 address. Or, put another way, 2128 addresses.

So how many IPv6 addresses are there? Well, it’s a big number. A really big number:

One of the key concepts of IPv6 is that all devices can be directly connected (with appropriate security) to all other devices. This is not the case with IPv4.

Currently, using IPv4, we have two types of network,  a Local Area Network (or LAN) like we have in our home and a Wide Area Network (the Internet). While the separation of these with a router and firewall afford some security between LAN devices and the rest of the world, the actual reason these exist is to help us reuse IP addresses.

In practice millions of LANs around the world use the same IP address scope (e.g. 192.1.8.1.0 / 24). This is possible because they are never directly connected, the WAN sits between them and that has a different IP address scope.

Moving to IPv6, there will no longer be a need for separate LAN and WAN networks as far as addressing is concerned and every device in the world can have its own IP address. The reuse of IP addresses in multiple networks won’t be necessary.

This concept was initially known as the ‘Internet of Things’ (IoT) and was connected to the introduction of IPv6. However, as IPv6 take-up has been slow and the number of connected devices using IPv4 rose anyway, the term IoT came into general use, even without IPv6.

One of the downsides of IPv6 addresses is their length. They are both long and not exactly memorable! With this in mind a number of shortening strategies are allowed to make the job of using and documenting IPv6 addresses easier.

Where there are four zeros together (in one or more consecutive blocks), we can remove them. In fact, as long as the numbers continue to be zeros, you can remove all of them:

Any equipment interpreting the address will assume the missing characters are all zero. Note that You can only do this once! For example, you cannot remove the second block of zeros further into the address. This is NOT ALLOWED: 2001:0db8::1a2c:8a2e::0334

And That’s Just the Beginning

Hopefully you’re already seeing that, while IPv6 brings a huge increase in scope and some added complexity in documentation, there are many aspects of the new scheme that are identical to that in IPv4.

Next time we’ll look at how and where IPv6 is being used and where we might expect it to go next.

A WALL-SMART fit for Sonos soundbars