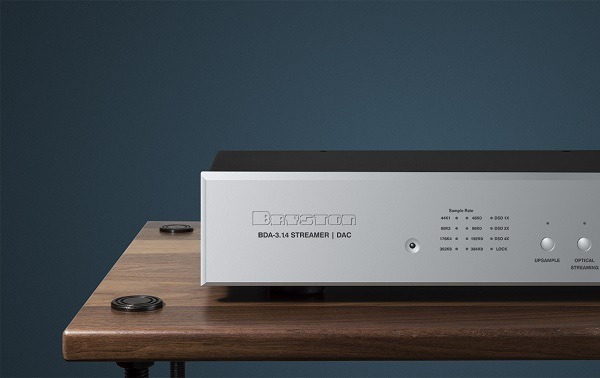 Bryston has introduced its new multi-function digital to analogue converter, the BDA-3.14, which will add a host of features to the BDA-3 DAC platform.

Offering streaming capability through a built-in music player, the BDA-3.14 connects to streaming services and internet radio. Connectivity between the internal music player and the DAC operates over I2S protocol.

It can decode up to 384 kHz/32-bit PCM music and up to DSDx4 natively. Each format is processed in its native resolution, preserving bit-perfect signals all the way to the analogue outputs. It offers ten inputs including four two-channel HDMI, asynchronous USB, AES/EBU, TOSLINK, and digital coax, as well as Bryston’s network module which facilitates control via TCP/IP and RS-232.

Bryston vice president of sales and marketing Gary Dayton says the company is excited to deliver the high performance digital music player and DAC in one single chassis solution.